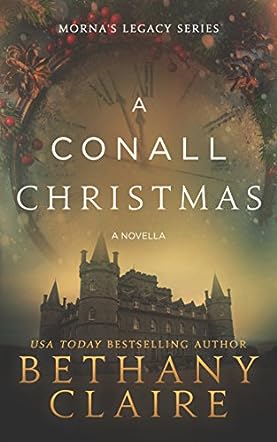 Bethany's love of storytelling has been a life-long passion. Even in her toddler years, she would sit down with anybody that would listen as she theatrically told them fairytales as if she was sharing life-saving information.

As she grew, she began creating stories of her own, but convinced it would serve her best to follow a "conventional" career path, she tucked them away and went off to college.

Fast forward four years and about six major changes later, she realized the stories simply were not going to stay tucked away. Six months away from graduating with a degree in Elementary Education, and growing more miserable with every day that brought her closer to a career she truly didn't want, she finally realized writing was the only career that was going to make her happy.

So, one day in the middle of a summer education course, she got up in the middle of class and walked to the Registrar's office and withdrew from the university on the spot. Since then, she has devoted herself to writing full-time and is following her dreams.

She lives in the Texas Panhandle with her two loyal and perfect dogs, Charlie and Flag.

Perhaps it all gets better the second time around, regardless of which century it happens. A Conall Christmas by Bethany Claire is not only a celebration of Christmas and new birth, but a celebration of new and unexpected love that finds two willing participants who had given up on the hope of every finding it again. When Adelle’s daughter finds love in the seventeenth century in a Scottish castle and soon also the prospect of a child, Adelle rushes to her side. As they prepare for the celebration of Christmas and the coming of her grandchild, Adelle has assumed that she would spend the rest of her days alone. Hew Moray had spent twenty years alone and isolated from the rest of the world after his beloved wife died. He had never expected to speak to another human again, outside of a few brief words with his sister who was the cook and mistress of the house at Conall Castle. When he arrived at the Castle and soon found himself breathless at the sight of Adelle, his shyness and isolation began to melt, in spite of the snow which had stranded him at the castle while making his way to the grave of his beloved Mae. What seemed so unlikely for two souls, shadowed with age, might well give both of them new life.

Bethany Claire has written a wonderful Christmas story that not only brings celebration and hope, but restoration of two people who had believed that the best of their days had passed. The subtle changes of the characters in such a peaceful and easy way make this a story to be treasured. Transcending space and time, love can come from places that we would never expect and when it arrives, we wrap our arms about it and let it take us over. Gentle, beautiful and delightful, A Conall Christmas is a celebration of hope and restoration that will warm the heart of anyone who reads it.