One Night in Beartown

One Night in Beartown Tears Against the Windowpane 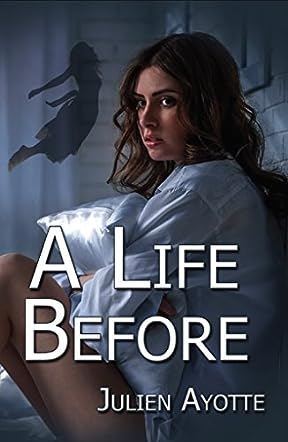 Many cold cases have been solved by the assistance of people who have some kind of paranormal gift. Often that gift is taken for granted by most people, unless you happen to be one of the individuals directly affected by these people. Yet, most of us do not realize the torment that often accompanies that gift. Samantha Collins is such a person. Initially, her "gift" is like a nightmare to her, until she realizes the good it can accomplish for someone else.

A Life Before by Julien Ayotte is a wonderful paranormal story with strong elements of suspense. At thirteen, Samantha starts having nightmares about the murder of a woman she doesn't know and has never met before. She’s been to a sleep psychologist, who determined that the nightmares could be caused by something she’d read somewhere or watched on TV, and that they would go away eventually. But the nightmares never leave her, and could they be the path to solving an unsolved case? The reader will read about murder, fraud, and environmental hazards, but in the heart of this powerful narrative are memories of a stranger that could be a key to answers to the unanswered questions.

The opening isn’t as strong as what I would have expected from a story of this depth and strength and I was almost put off by the direct address to the reader. I don't enjoy when a writer writes in the second person, except when building dialogue. But this awkward beginning changed very quickly with the introduction of some of the key characters, Mike and Susan, and the story of their fascinating courtship. One of the strong elements of this story is the plot. It is complex and it holds many surprises for readers. I was surprised in many ways, jolted at times, and utterly gripped. The characters are well-developed and they are designed to reflect some of the powerful emotions that readers will identify with. In A Life Before, Julien Ayotte has created a story and a setting that will entice readers; there is a lot of drama and the plot is conflict-driven. This one was a delightful read.