A Story of Easter and All of Us 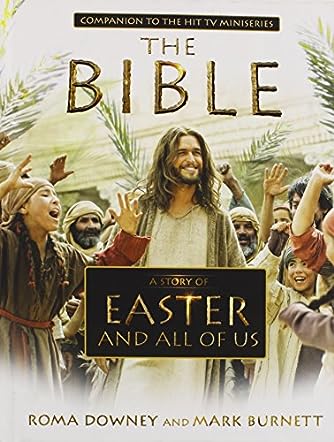 A Story of Easter and All of Us by Roma Downey, Mark Burnett and narrated by Keith David, is an audio book to accompany a hit television mini-series. This review is about the audio book, which is roughly 90 minutes in length. I was, first of all, delighted that I could hear and understand the narrator quite easily. In general, I have a difficult time understanding verbal recordings, due to a hearing deficiency, but this recording was crystal clear and each word was precisely enunciated. The story primarily related a period of one week in the life of Jesus, from the day now known as Palm Sunday, through what is now known as Easter, and concluding with the disciples, minus Judas, watching as the resurrected Messiah ascended to Heaven some 40 days later. For a Christian, much of this story was familiar ground, but this recording was inspiring nonetheless. For a non-Christian, this story could well become the impetus to send them seeking some answers within a local church.

A Story of Easter and All of Us is a classic example of historical fiction, in which the bones of the story are true, while the meat is fictional. I have to admit I was disappointed that, after the story’s conclusion, was a disclaimer, probably required by attorneys leery of a lawsuit, that the entire story was fiction, and “resemblance to any persons or events is purely coincidental”. I was, frankly, somewhat appalled by that remark. The story is, as I stated above, pure truth in its essence. It is a truth America and the world need to hear and heed while this world abides. Throughout the audio book, I was very impressed with the bold step the authors were taking in following the final command of Jesus before his ascension, to “go into all the world and preach the gospel.” The disclaimer came as a bit of a shock to me, but is an example of how far we have fallen in America from our roots as a Christian nation. That notwithstanding, the story is very well written and narrated. I believe it is also sufficiently familiar to even non-Christians that they will recognize the truth therein, even if they choose to not believe it. Much as I wish the disclaimer was omitted, I still give this my heartiest recommendation as a story everybody should hear. What they do after hearing it is their choice, but at least they will have heard the good news.