A Wicked Kind of Dark 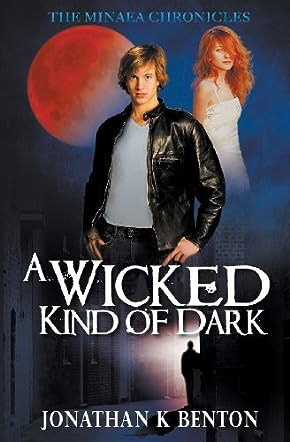 A Wicked Kind of Dark by Jonathan K. Benton opens on an ancient battlefield, with two enemies facing off. Their prize is control of the portals that link two worlds and its people in a close bond. In one world, the war is open and deadly. In the other, most people are oblivious to the struggle, and victory - or defeat - depends on hidden, secret gestures and discoveries. For Robert, it begins with a mysterious phone call, followed by the gift of a beautiful and compelling painting. He feels that he knows the painting's subject and when he sets out to explore these emotions, the memory to a tragedy from his past is unlocked, as well as that of a magical land to which he senses a connection. Soon he is pushed to the forefront with a crucial role to play.

I feel that Jonathan K. Benton really succeeded in bringing the characters and setting of A Wicked Kind of Dark to life. I got a real sense of the soup-kitchen and the underground in London, the ruined castle in Castleton, and Minaea, the magical realm the two children are drawn to discover. I found myself warming to characters like Arthur and his mysterious double identity, Luthien, and even Gabriel, Robert's smooth and affluent brother. Each of them felt distinct enough to seem like a real person, with strengths, weaknesses, and challenges. If you like irrepressibly cheerful and bouncy fairies, you will be in for a treat as soon as you meet Allaria. The story is a well-paced page-turner and the writing style engages the reader to care about the outcome.