Life and Other Complications 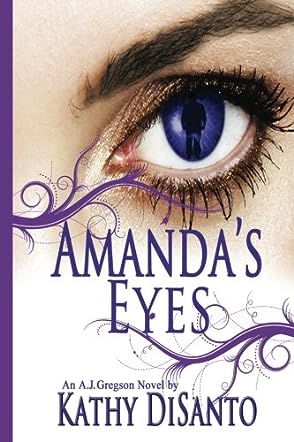 Award-winning author Kathy DiSanto wrote her first novel in 1997. That year, she published two romances with Bantam’s Loveswept line. One of them, FOR LOVE OR MONEY, won a 1997 Romantic Times Reviewer’s Choice Award.

Thanks to her day job as a communications specialist with a major university, Kathy has written more than two hundred features for print and the web.

When not writing, she takes brisk walks with Molly and Lucy (her rescue dogs), reads, and indulges in her latest hobby at the firing range.

On the night of September 4, 2075, crime reporter Amanda “A.J.” Gregson got involved in an explosion that killed two federal agents and badly damaged her eyes. As she waits for her transplants, she struggles to remember the details of that fateful event while Special Agent Jack "Iceman" Eagan cannot wait to get some answers from her. Then A.J.’s memory comes back in the night before her surgery, which leads to an uneasy pact with Eagan to go against the elusive Ferrymen. Plus, her new eyes provide her with an ability to see people for who they really are. Written by Kathy DiSanto for the A.J. Gregson Novel series, Amanda’s Eyes is a powerful blend of futuristic and paranormal fiction.

First and foremost, I loved the visually stunning cover art. The story was narrated in a tone that complemented the plot perfectly. The characters and the scenes were written and depicted in vivid and rich detail. Even though the beginning chapters were slow, the pace picked up exceptionally well halfway through the story. As a protagonist, A.J. had everything that I look for in a heroine; fiercely independent, determined, and empathetic. That being said, the ending seemed a bit rushed to me and it did somewhat undermine the perfect climax that DiSanto had craftily built for the plot. Nevertheless, the outcome had a good impact on the story. All in all, Amanda’s Eyes was undeniably a fun novel to read and no doubt it will attract many followers to look forward to the next installment.