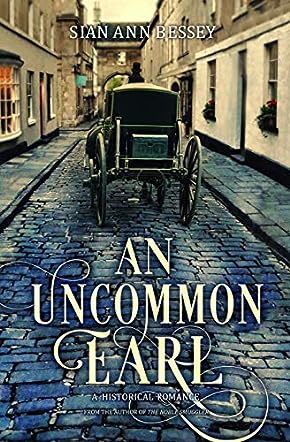 When a coach collides with a young flower seller, a prominent nobleman, who is the occupant of the vehicle, promises to deliver a message to the dying woman's son, forever changing his life in the enchanting historical romance novel, An Uncommon Earl by Sian Ann Bessey. The Earl of Bloxley, Alexander Allerton, is on his way home to attend his mother's party when his hired carriage strikes and kills a young woman. As the victim takes her last breath, Alex promises to deliver a message to her son. Unfortunately, the woman dies before she can tell Alex how to locate the young boy. While attending his mother's social engagements, Alex meets Jane, an enigmatic young lady who is able to assist him in his efforts to complete his mission. Searching London and the countryside beyond, the two of them work together to fulfill a dying mother's wish.

Set in the late nineteenth century, An Uncommon Earl by Sian Ann Bessey is a charming historical romance. Beautifully written, it is an enchanting story with an engaging plot, endearing characters, and a heartwarming storyline. Each of the characters is well-depicted and easy to love or hate, depending on their role. The protagonists are admirable, lovable, and relatable, but I especially adored Jane's aunt, Lady Millward. In essence, she is the comic relief, in which her charisma and wit add some humor to the storyline, lightening the dramatic scenes. Containing accurate historical references, drama, and conflict, it is an enjoyable and captivating romance novel appropriate for all audiences.