Another Kind of Sunset 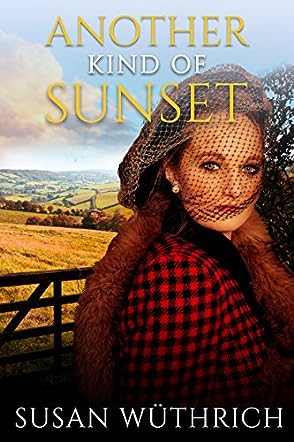 Another Kind of Sunset by Susan Wüthrich tells the story of a British family during the Second World War. Eve, pregnant with her daughter Faith, is left with her two other children, Danny and Molly, when husband Harry is called up to fight. She struggles to cope with their small market garden business, growing vegetables to sell on the local markets. Help is found in the form of a neighbor, an Italian, Luca Fancelli. Shortly before VE Day, Eve receives the news that Harry is missing, presumed dead, after his plane crashes. The love of her life will never return, and it takes time to recover, but life must go on. Over the following months, she develops feelings for Luca, and they marry, but then she receives further news that turns their world upside down.

I’m reluctant to say more about the storyline in Another Kind of Sunset without giving away spoilers. I read it from beginning to end in one day, as it took me back to the 1940s and then flashed into the late 1970s. The characters leaped off the pages. I bonded closely with Eve and rooted for her all the way. I admired her courage and determination and her ability to pick herself up and carry on as she faced one crisis after another. There is never a dull moment, from wayward Molly’s bad behavior to Gene, Luca’s son, who keeps bad company. From the first page, Susan Wüthrich draws you into the plot with a secret that is only brought to light a little at a time and then solved right at the end. Well researched, the reader can picture post-war Midlands Britain, feel the fear in finding an unexploded bomb, share the food rations and fare of the day, and experience the attitudes and prejudices of the time. An excellent read, highly recommended and well worth the five-star rating.