Trials of Fire and Rebirth Oops, My Team is Toxic Send Down the Master in Person The Saga of the Phoenix Messages from the Small Country Church 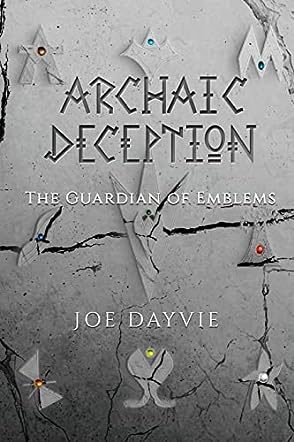 Archaic Deception: The Guardian of Emblems by Joe Dayvie is a mythic urban fantasy novel and the first book in the series. The story includes a contemporary setting with cars, jobs, fake plants, and barbecues, while still traversing realms and distinct environments, all heavily steeped in tradition. Within those are orbs, magic, and ancient artifacts containing extraordinary power. Jacob Emmerson is a young man who grew up knowing the story of the War of Kings and the great Divinity King, but his connection to the past and his family history comes as a complete shock when the progression of dreams/visions/memories leads him to his true destiny. Meanwhile, a Quorian named Promit is kidnapped. Between Jacob's journey and the journey to rescue Promit, told from several different points of view characters, as well as the unfurling of some hard truths, Dayvie crafts a detailed world and complex arcs with the potential to spring the series into many directions. “The key. The Enchanted Gate. A Savior. The Divinity King.”

The best part about The Guardian of Emblems is the authenticity of dialogue and the fantastic development of characters. Joe Dayvie imparts wit and intelligence in the narrative and it can often be downright hilarious. One of Promit's kidnappers named Mortimer is an absolute riot. Also fun are some of the discoveries, like a grandma that was a proper firecracker. Dayvie weaves symbolism throughout that stretches beyond the obvious inclusion of physical elements. They are nuanced, like Smolar exhibiting a massive and profoundly raw display of emotion in a room he then describes as having been completely emotionless, and the legend of a powerful beauty named Jamila, which many may not know literally translates to 'beautiful girl' in Arabic. If I have one complaint it is that Dayvie's character line-up requires some homework, but having to take a few notes to remember who is who is a sign of a diverse cast. Over time it becomes easy to suss out and, overall, this is a book and a series that will pull a reader in with ease. Very highly recommended.