The Best of the Worst News A Curious Cat in a Dead Dog's Town 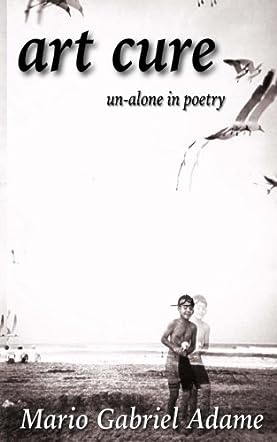 Mario Gabriel Adame, born in San Antonio, Texas, is the youngest son of Rafael and Theresa Adame. Rafael served in the U.S. Army for eleven years before receiving a medical discharge as a Staff Sergeant. Rafael moved on to work as a teacher, coach, and a Texas regional manager in sales and marketing. Theresa had been employed in the psychiatry department at The University of Texas Health Science Center at San Antonio for over twenty years, where she recently retired as Senior Secretary.

Growing up in the Mexican American culture of San Antonio, Mario Gabriel Adame experienced first hand the history of his grandfather, Anselmo Martinez, who is renowned in the Tejano Music Awards Hall of Fame as a singer, songwriter, and performer. Most recently in 2013, Anselmo received a lifetime faith-based award from the Governor of Texas. The legacy of his grandfather carried on toward his uncle, John Martinez, a multi-Grammy nominee, who helped Mario learn the business and art of music. Whether it was military men on his father's side, musical talent on his mother's side, or religious guidance coming from both sides of the family, Mario learned value of having stories and people to depend on. Four women who he could always lean on were his two late grandmothers, Sulema and Aurora, his aunt, Salesian Sister Betty Ann, and his mother. Each provided Mario with the positivity of prayer verses and song lyrics from Catholic faith to turn to. The pleasure of lyrics, beats, and dance will always inspire Mario, and this passion can be seen in his first published book entitled Ignite Your Soul, Release Your Mind Vol. 1.

After high school, while staying true to those ideas and relationships that originated in San Antonio, Mario went on to find extended passions and admirable friends from numerous Texas cities and with international backgrounds while in Austin. Mario studied in the Kinesiology and Education Department at The University of Texas at Austin with a Bachelor of Science major towards Health Promotion.

Art Cure: un-alone in Poetry by Mario Gabriel Adame is a collection of all-encompassing poems touching on every vital element of life - love, living, courage, forgiveness, inspiration, self discovery, trust, ecstasy and more. The poems tell tales of life's precious moments and memories, those lived and those missed, using words so few and yet so deep. Deeply filled with mystery, meaning, and enlightenment, these poems make for a refreshing and captivating read as each brings more intrigue and more reading thrills.

Lovers of figurative poetry will have an absolute thrill with Mario Gabriel Adame's Art Cure. His poems are delivered in such a style that makes them an enchanting and enlightening read, and they are relevant to the dynamic modern times we live in today and will still be relevant in times to come. Some of the poems will inspire you to do and be better, some will leave you yearning for more, while others will tug at your heartstrings as you feel and understand the emotions and meaning behind the words. The fresh emotions, as felt through each new poem, are genuine, deep and fierce. Each of the poems in Art Cure makes for a multi-layered reading experience and you can draw diverse meaning every time you read them.

These are well-crafted poems filled with as much mystery and meaning, keeping every read refreshing and captivating. The poems give an elusive feel that dances between varied meanings and emotions, adding more pleasure for the reader. Through his poems, Mario Gabriel Adame captures the true essence of life with all its mysteries.