The Girl Who Heard Music by Timothy A Freriks 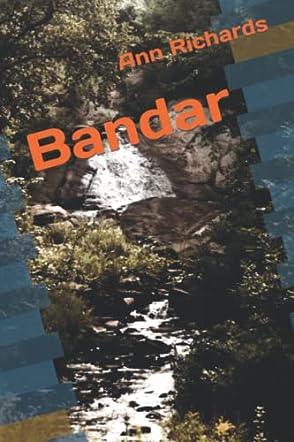 Bandar by Ann Richards is an adventure fantasy that revolves around a field trip gone horribly wrong, and a fourteen-year-old student named Nathan who is marooned with his classmates. Nathan, his professor, and other students from his junior high set out on a research trip. When the sun inexplicably changes and the weather turns, the vessel that carried them, manned by Captain James and his young assistant, sets a new course that leads to a collision in the fog and the entire party getting lost in the mysterious Bandar. As they attempt to make their way home, they are met by a plethora of creatures and inhabitants that will either help or hinder their desperate wish to return to safety, against the overriding legends and malevolent chimera of the land.

Bandar by Ann Richards is narrated in the third person from multiple points of view, as well as an omniscient narrative that occasionally gives hints at what the party did not know and what is lurking in observance of them. As the book progresses, a reader sees that Nathan's tarrying has a greater design in Bandar than just being a lost kid. Richards does not shy away from more taboo horrors and there are genuinely intense aspects that always endanger and sometimes befall the students, such as “Breeders” who pose a grave risk to the prettier female children for exactly what it sounds like. The politicking among the elves and societal structures are creative and if there's one thing I love, it's a captain who talks like a pirate and buxom mermaids. The writing is not as polished as some readers might like but the story is good for adventure lovers and was an enjoyable reprieve from the monotony of a rainy weekend. Recommended.