Before We Ever Spoke 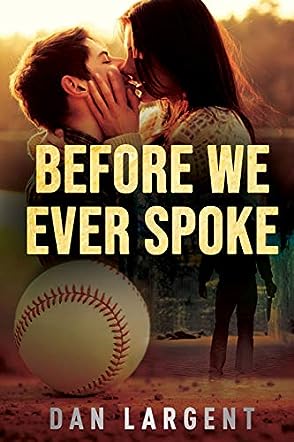 He resides in Olmsted Township, Ohio with his wife, April, and three children, Brooke, Grace, and Luke.

Dan was born during the "Blizzard of 1978" to his parents, Jeff and Anne, before spending the majority of his childhood in nearby Strongsville, Ohio. Prior to starting 9th grade, Dan moved back to his birthplace of Berea and graduated in 1996 from Berea High School.

Dan completed his undergraduate degree at THE Otterbein University, where he was also a 4-year letterman in football, President of Alpha Sigma Phi fraternity, a DJ on the former 101.5 FM The Rock, RA, Assistant Hall Director, and an esteemed member of the Otterbein Food Service Advisory Board (true story).

After a failed attempt to play football professionally, Dan came to his senses and began his true calling as a 7th grade teacher. In addition to teaching, Dan was an assistant football coach and also the Head Baseball Coach at Olmsted Falls High School.

In 2013, Dan was honored to receive the PTA Teacher of the Year award for the Olmsted Falls City School District. That same year he was also recognized as the NEOEA Positive Image Award winner for positive contributions to the teaching profession in Northeast Ohio.

Despite those accolades, Dan feels that his greatest accomplishment is being a father to his three children: Brooke, Grace, and Luke.

Cara Knox, a senior at Cleveland State University, helped to pay her college bills by working as a delivery person for Stucky’s restaurant. Cara’s home life changed dramatically when her father became paralyzed after a terrible accident on the job. Not only did the family finances take a downward turn, but her relationship with her father was greatly diminished. When she made a delivery to the elegant Westcott Hotel, her life took another dramatic turn. Before they said a word to each other, the chemistry between her and Cooper Madison, a famous retired, but young, baseball player was electric indeed. How he dealt with his own family’s tragedies uncovers a sadness within his character. Add in the case of the Edgewater Park Killer, investigated by Cara’s brother Jason, and the intrigue continues. Author Dan Largent has written an exciting and captivating novel in Before We Ever Spoke.

This novel is written in an easy-to-read, flowing style. The connections between the romantic story and the mystery plot are unforeseen as they evolve. The main characters, Cara and Cooper, are well developed, likeable and realistic. Since she is a Cleveland native, and he hails from Mississippi, the northern and southern cultures create another interesting element. The other characters, including family members, friends, hotel staff and professional associates of Cooper, are well described, making it easy for the reader to picture each one. Before We Ever Spoke by Dan Largent is a fascinating read. Mr. Largent is a native of Ohio, and he includes many references which will especially delight an Ohio reader!