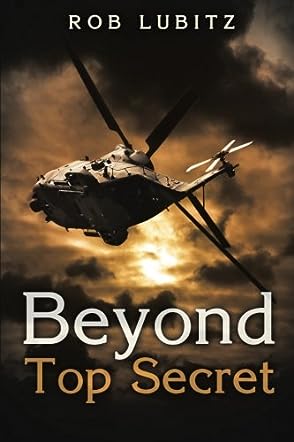 His previous novel, Breaking Free, was published in 2011.

He lives in Arizona with his wife, Joanne, and one obnoxious cat.

Beyond Top Secret by Rob Lubitz combines mystery, romance, espionage, and drama in a fast-paced action thriller. Ryan is an attorney with a mysterious secret past that no one in his current life, not even his live-in girlfriend, Maya, knows about. He has been living a perfectly respectable, normal life in Phoenix, Arizona, for 15 years without anyone suspecting that he has a deeply hidden and secret past. Then, things start happening when Ryan learns of a series of murders that he may have some clues about. Things get even more complicated after the September 11, 2009 terrorist attacks. Meanwhile, news arrives that Alana, his ex-lover and the only woman he still loves, has accidentally killed her husband, Steve, and may be accused of murder. Ryan realizes he needs to step in because the secrets buried in his past may be the only thing that can save Alana from her fate. What he does not know is that his secret may also be in use at the same time in counter-terrorism missions against Osama bin Laden and Al-Qaeda. What happens next in this action-packed thriller as secret government forces vie for victory, while Ryan and Alana are drawn to each other again, forms the basis of the plot.

Beyond Top Secret is a delightful and exciting read. Written by Rob Lubitz, who has a background in the military and government himself, Beyond Top Secret draws you in and makes the story believable. I enjoyed the suspense and mystery elements in it, and found this to be a page-turner. Although this book is the second one in a series, each book can be read independently, and prior knowledge from other books is not necessary. This is definitely one of the most enjoyable thriller/mystery books I have read in a while, and makes for great armchair reading.