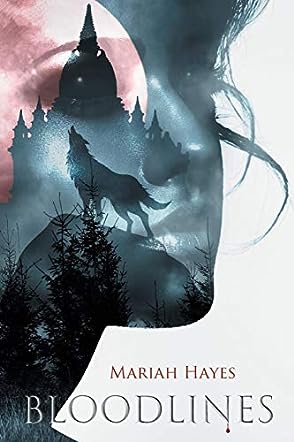 Mariah Hayes grew up in the tiny town of Augusta, Montana. From when she first started to form the silly sounds of baby bable, Mariah has loved to read everything from Dr. Suess to Harry Potter. That love of reading soon turned into a love of writing and Mariah took every creative writing class she could in highschool. Her first published work was a poem titled, "The Secrets of Time", entered in a Montana literary art magazine showcasing K-12 students.

After graduating with a Music Education degree from the University of Montana in Missoula, Mariah decided to pursue her love of writing even further when she finished the manuscript that would become Bloodlines.

Mariah currently lives in the beautiful Sun Valley area of Idaho. When she's not reading or writing, Mariah's other interests include, fishing, hunting, spending time outdoors with her family, singing, playing computer games, and playing musical instruments, like guitar and piano.

Bloodlines by Mariah Hayes is a fantasy with a fascinating setting in the kingdom of Galatia. King Richard is murdered by his own mother, and the queen, Lydia Galatianti, finds herself running for her life. She is determined and desperate to protect the child she carries. Nylina Galatianti becomes the only heir to the kingdom, a seventeen-year-old strong and beautiful girl. But a life-changing experience pushes her to rethink her life, and when her kingdom is threatened by dangerous allies, she must make a choice between her carefree and hardheaded personality and the path to protect her kingdom. Can she tame her dark and dangerous urges or risk betraying the secrets of her kingdom?

Suspenseful and fierce, Bloodlines explores themes of family, royalty, and the struggle for a kingdom's survival in a world filled with strife and conflict. It is an imaginative and character-driven story that takes readers into an intriguing world. The author presents interesting characters, opening the story at the genesis of a powerful conflict, a mother taking the life of her own son. Being the sole heir to her kingdom, Nylina becomes a character that readers want to follow, but she faces many challenges, including her urges and carefree character and the need to keep those she loves safe. If the truth about her past is revealed at the wrong time, the life of her people will be in grave danger. The conflict is strong, and it is augmented by Mariah Hayes’ gift for character and plot. This is another beautiful gift for fans of highly imaginative and entertaining fantasy novels.