A Study in Terminal 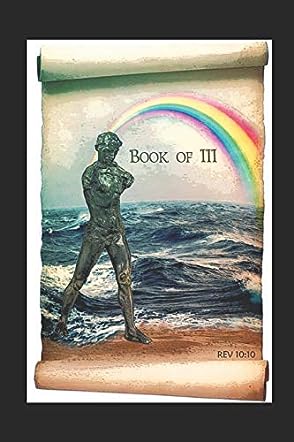 Book Of III looks at the gospel of Christ from a different angle, disputing the validity of the Bible and calling people with different religious beliefs—non-believers, atheists, agnostics, Muslims, Romans, Buddhists, Jews, Shinto, Voodoo, and believers, children of the cross—to Christ. Christopher Quarles shares their shortcomings and the harsh things they experienced in the past to show they are genuine. Readers should expect a prophecy that involves two witnesses from Japan (Satoru and his wife, Chieko), a journey to the Democratic Republic of Congo, and several Bible passages—particularly Revelations 10:1-10. Find out what Christopher Quarles thinks about Christ and his crucifixion, homosexuality, Noah and the great flood, sin, a number of religions, and other things in the Bible.

Daring and direct! Christopher Quarles does not hesitate to say it as he wishes. The book contains some elements that may discourage readers, like the curse words, the statements about other religions and a particular country, and the audacious claims that challenge what many Christians believe. Also, beware of mentions of sexual assault (nothing graphic). However, the arguments are interesting to follow, and they address the audience directly. In fact, Book Of III held my attention throughout; it contains questions that prompt readers to make their own decisions. Plus the language is elegant, with exquisite words, which I had to check in the dictionary to comprehend, and some Japanese words. Although I do not agree with their opinion, I respect the author's decision to speak their truth and what they believe. Finally, I recommend Book Of III to readers who want a fresh view of the Bible.