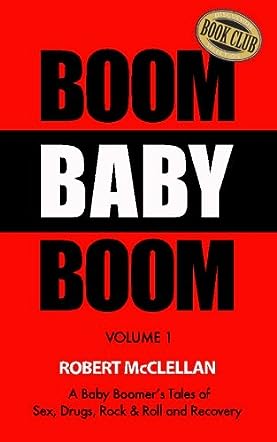 Robert McClellan is a talented writer, editor, and new media expert. He combines a lifetime of creative dexterity into a contemporary skill set that seamlessly compliments Jill’s efforts.

An early adopter of Internet communication tools, Robert has a number of professional podcasts and blogs to his credit. He also wrote, produced, and appears in the award-winning documentary films “Real Sobriety” and “Ben’s Vortex.” He is the producer and co-creator of the environmental call to action, the “We Are Water Project.” Along with Jill, Robert created and co-hosts the “Into The Planet” radio program, broadcasted on the Dark Matter radio network.

His views of the world demand that we give each other room to live free, yet take care of those among us who are unable to do so for themselves. Robert’s unique social perspective was formed on the working class streets of Philadelphia, where sometimes, the most effective charitable act was a good punch in the nose.

As a young man, Robert immersed himself in the vibrant Philly music scene. This led to several great opportunities to work as a concert production manager with some of the most acclaimed musicians of the time. The list of artists includes such well-known acts as U2, Ray Charles, James Brown, Cindy Lauper, Jimmy Cliff, Culture Club, The Four Tops, and dozens more. But, the rock and roll lifestyle, and all its excesses, eventually caught up to him, and Robert decided to hop off the tour bus.

The bus stop happened to be at a Navy Recruiter’s office.

Robert became a U.S. Navy Combat Photographer, including duty with the famed SeaBees. His award winning SeaBee images gained some attention, and he was assigned as a instructor at the U.S. Navy Schools of Photography, at NAS, Pensacola, Florida. He did several special duty assignments in support of Operation Desert Storm. His service awards include the Naval Commendation and Navy Achievement medals. After leaving active duty, and completing nursing school, Robert continued his service to the country in the Army National Guard. He was a Medical Platoon Sergeant with the 1/156th Armor Battalion. An injury ended his service, and today Robert is among the fortunate veterans who receive excellent care through the VA health system.
A series of life and career changes followed, including long haul truck driver, concert promoter, music artist manager, afternoon talk radio host, and travel nurse.

And several attempts at drug and alcohol rehab.

Living in an old motor home on Navarre Beach, with an Irish Setter and $26 in his pocket, he couldn’t have been happier. He got active in the local recovery community and landed a job as a detox nurse at a prestigious treatment facility. Continuing to grow in sobriety and trying to remain of some service to others, he began working part-time in the medical departments at some of the most notorious prisons in Florida.

Again, growth and life changes came about, and he decided that the Black Hills of South Dakota would be a good place to explore. He became a nurse at the VA medical center in Hot Springs, and also produced music festivals and concerts in Rapid City. After a few Dakota winters, Robert admitted the error of his ways and transferred to a VA hospital in north Florida.

As Creative Director of Heinerth Productions, Inc., Robert gets to explore his boundaries every day. Whether it is a new documentary film idea or a book project, he embraces the opportunity to create something worthwhile, something that he can be proud of and that will resonate with people across the world. He’s also the customer service and shipping department, and rides his bike 14 miles round trip to the local post office on a regular basis.

Through the miracle of modern technology, (Internet dating sites), Robert met Jill. The rest of the story plays out every day as a heart where the planets have aligned and the best is yet to come.

Boom Baby Boom, A Baby Boomer’s Tales of Sex, Drugs, Rock & Roll and Recovery by Robert McClellan is, as the title implies, a collection of intimate stories by an American born during the baby boom generation. As the author states in the Interview section at the back of the book: “...for whatever reason, I have been gifted with a remarkably interesting life. I have an inner drive to tell stories and share experiences with people.” This book is a no-holds-barred peek into capsules of history from a man’s life as he recounts, with no affectations, some of the fortunate, the unfortunate, the ugly, the sad, and the triumphant tales from his life thus far. Some of the topics and time periods touched on in this book include: 1960s-era Catholic School; President Kennedy’s assassination; the War in Vietnam; U.S. Military - to serve or not to serve; Sex, Drugs and Rock & Roll; Hippies; Turning On and Dropping Out; AA Meetings; Recovery from Addiction; Vietnam Veterans failed by our American Government and People; Multiple Divorces; and 9/11.

This collection of essays is exactly what I would envision and hope for coming from a man born into the latter part of the American baby boom generation. While there is so much we already know about the time period that Robert McClellan lived through, he shares intriguing insights about his personal behavior, morals - or lack thereof - failures and accomplishments in an unassuming, transparent and sometimes self deprecating tone. He spins yarns about living through these annals of time, drilling down to the tender core of his heart in a way we rarely get to hear about from other male writers. Although there are any number of well-known, prolific, and all-too-often egomaniacal, blustering male writers who hail from the same era, Robert McClellan offers a fresh, new and unpretentious voice in American publishing, breaking above much of the self-important noise of too many baby boom authors.

Robert McClellan writes beautifully, even as he changes his tone from essay to essay. At times he writes with extreme brevity. Other essays weave tangled, lengthy tales. Every once in a while, his article is laced with profanity. But now and again he waxes poetic and elegant. It is all very real, and it works together to engage the reader. Before his rugged, red-haired Scottish father passed away, he gave Robert three important pieces of advice. One of these involved the appreciation of written words and the stories they tell. In spite of growing up in a blue-collar area of Philadelphia, surrounded primarily by Irish immigrant families, Mr. McClellan discovered he descends from a long line of Scottish story tellers. He says he can feel the ancestral leaning in his DNA, and based on his ability to write so well, I believe him.

One of the most captivating stories Robert McClellan tells is about the time his father died. Robert was a young man, alone in his room, when he experienced a tangible, ethereal, and yet incomprehensible connection with his dying father. It is a fascinating story, made palpable to the reader by his gifted way with words.

Mr. McClellan shares his version of events on one of the saddest days in American history, 9-11-2001. He was in Montana at the time, far out in a rural area. He learned of the horrors unfolding in New York while sitting in a tiny town’s one and only gas-station-cum-rumor mill, surrounded only by a few leathery old-timers far removed from any big city. I’ve heard many, many recountings of that day by people from all over the world. Robert McClellan provides the most outstanding and heart-wrenching accounts I’ve ever heard from anyone who didn’t happen to be in New York, like I was, on that terrible day. It is a passage worthy of any time capsule of American history.

I loved everything about this book, except that I found it too brief. Fortunately Mr. McClellan has indicated he is already working on the next installation, and I look forward to it.