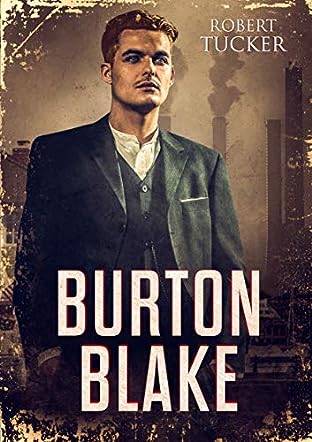 Rob is a graduate of the University of California, Santa Barbara and received his graduate degree in communications from the University of California, Los Angeles. Rob worked as a business and management consultant to advertising, corporate communications, and media production companies as well as many others. Now retired, he resides with his wife in Southern California where he devotes much of his time to writing. He is a recipient of the Samuel Goldwyn and Donald Davis Literary Awards. An affinity for family and the astute observation of generational interaction pervade his novels. His works are literary and genre upmarket fiction that address the nature and importance of personal integrity.

Burton Blake by Robert Tucker is a story about the American journey of three generations. Starting in 1940, Chicago, Joseph Blake falls in love with and marries Kristina Holtzman, a secretary who part times as a taxi dancer. They have a son, Elias Blake, who unfortunately never met his father as Joseph is killed in the South Pacific during the Second World War. Kristina’s second marriage to Carl Hofstadter seems to give them a better life during the real estate boom of the ’50s. However, tragedy struck the family when both Kristina and Carl are killed in a car accident. Under the guardianship of the Dawsons, Elias inherits his parents’ real estate empire. Years later, his estranged son, Burton Blake, is getting to know his deceased father all over again while trying to ethically run Elias’s multi-billion dollar company.

Covering a number of themes, Robert Tucker’s straightforward narrative style tells the story in an unhurried but engaging way. It’s fascinating to learn more about some of the historical facts, particularly taxi dancing in the mid 20th century, through the perspective of the protagonist Kristina, as well as the line-crossing ceremony of the navies. I gravitated towards Kristina and admired her resilience in her effort to make a life for herself and her son after her husband’s death, despite always being judged by her looks instead of her charisma and skill. As for Carl, Elias’s ambivalent feelings towards him mirrored my own. Burton’s story has a more suspenseful and intriguing tone as he tries to run the company while trying to stay safe from people who want to stop his efforts at any cost. The crookedness of the corporate world is a topic that will not surprise any reader as Burton does his best to navigate his way in ‘the nest of snakes’. On the whole, Burton Blake is a solid historical fiction from Tucker.