The Abduction of Joshua Bloom 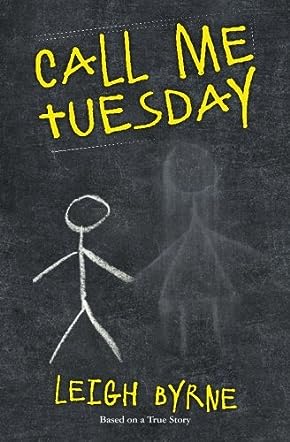 Leigh Byrne was born in Columbia, Tennessee and grew up there, and in western Kentucky. Her first novel, "Call Me Tuesday" was inspired by her own true-life experience. She's the author of a collection of short stories ("Flashes," 2011). She now lives in Evansville, Indiana and is working on a sequel to her novel.

Tuesday Storm's mother named her two daughters and three sons after movie stars, but what Tuesday's mother does to her is hardly movie star quality and more shades of "Mommie Dearest". Rose Storm gave birth to her daughter Audrey, stricken with polio, as a teenage single mother. Then she marries Tuesday's school teacher father and gives birth to Tuesday and her brothers. When the entire Storm family comes down with Hong Kong Flu, it is frail, wheel-chair bound Audrey who dies and it is seven year old Tuesday whom her mother blames and tortures for Audrey's death for years afterward. Rose Storm falls down the basement stairs shortly after Audrey's death and injures her head badly, causing a personality change. And what a change it is! Rose now shows nothing but hatred towards Tuesday. She makes Tuesday keep a toilet bucket in her room, peel potatoes, clean the carpet by hand, calls her Weasel, says she is ugly, won't let her shower and starves her as well. Tuesday's father tries to intervene by having her stay with his mother during the summer but can Tuesday survive her mother's daily torture?

"Call Me Tuesday" is a highly well-written, well-formatted and well-edited story of a mother's disturbing abuse of one of her children. Author Leigh Byrne has written a story that will unsettle readers, for in every town everywhere, there are mothers who are lesser or equal versions of Rose Storm. The characters of Tuesday, her family and the friends she works so hard to make are believable and three-dimensional. The plot line unfolds to the story's end where it unfolds to state that a child will love its mother no matter what that mother has done. Blood is thick, indeed.