Children of the Elementi 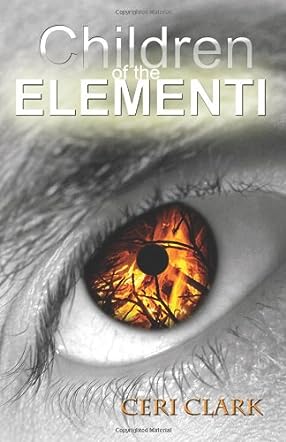 Ceri Clark hales from Wales (turn left when you get to England). She loves writing, reading and watching time travel movies. Her books include the Minkie Monster series for preschoolers and technology guides as well as password books among others. You can find out more by visiting her website at CeriClark.com.

In Children of the Elementi (Elerian Chronicles Book 1) by Ceri Clark, the Magi had killed the heads of four of the five great Elementi families, including the High-King, Malo Omnax. Malo’s wife, Nuin, managed to escape. With the help of Ariel, the Air Queen, she sent her infant child and the other children to Earth. Fast forward to the present world where readers are introduced to Jake, who has been living with his aunt and uncle since his parents passed away.

Jake could almost hear people thoughts, and his mind reading ability is becoming more prominently recently. His ability leads to the hidden document about his adoption, a letter from his late parents and a mysterious crystal pendant. The adventure starts when Jake wears the pendant, which alerts Mirim, the caretaker of the mysterious Citadel that hosts the dying crystal mind of the Matrix. Her air power is the only link to the old world. Now they must unite all the Elementi children to defeat their enemy and reclaim their rights.

The world-building includes the interesting use of nature’s elements as power; red for fire, green for earth, yellow for air and blue for water. The simple yet engaging prose is faultless. Jake, Mirim, Kiera, Shenella and Karl are the kind of characters a reader could happily follow over several volumes (I favor Karl for his wittiness). Even though the story is perfectly tailored for a younger demographic, as an adult I found it an enjoyable read. All in all, Children of the Elementi is a solid debut for this sci-fi fantasy series, a commendable work from Clark.