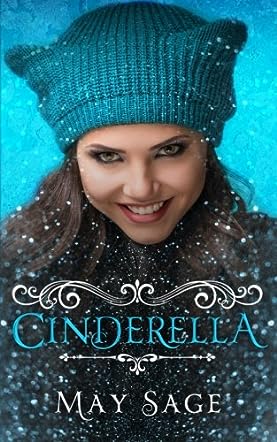 Cinderella: Not Quite the Fairy Tale is a novella written by May Sage. The Kingdom of Alenia, which is one of the many kingdoms of Gaia, has a slight problem. Although they have a ruler in King Daniel, the king has no heir. In order to rectify this problem, he has to marry. An email is sent to the women of Alenia, inviting its most eligible spinsters to a ball, so that the king might find a suitable mate. As his interests have nothing to do with love and everything to do with reproduction, the pictures requested from the ladies of Alenia are of a rather questionable nature. With an intense loathing of the king, Ella Tremaine responds in fine form, attaching a photograph of her cat, along with a note, telling him exactly what she thinks of his lewd request. To the horror and disgust of those dressed in ballroom attire, Ella shows up to the ball wearing jeans and her favorite camisole. King Daniel likes Ella’s tenacity and puts her through certain tests to ensure she is not interested in anything more than just being a baby-maker for the ruler. What King Daniel learns about Ella, however, piques his interest to volcanic proportions, creating a shocking turn of events which will leave you begging for more.

May Sage’s unique adult twist on the story of Cinderella most certainly packed quite a punch. Not only does it sizzle in all of the right places, but it carries a great deal of humor, bringing the old story into a modern day setting. Some profanity is used throughout the book, but it is done in such a way that it enhances the story, rather than bringing it down. This particular version of Cinderella carries with it certain Pagan elements, such as the elemental guardian (Earth, Air, Fire, Water, Spirit) ancestors and their strengths and weaknesses. I also found the story line to be akin to Jane Austin’s Pride and Prejudice, which was such a delight. Stereotyping, profiling and judging a book by its cover (as well as what is under its sheets) is the main persona of both characters in Cinderella: Not Quite the Fairy Tale, all of which acted as a magnetic lure, keeping my interest from start to finish. I recommend May Sage’s book to readers over the age of 16 who are interested in a variety of themes within a steamy, adult fairy tale with a twist.