City on the Ledge 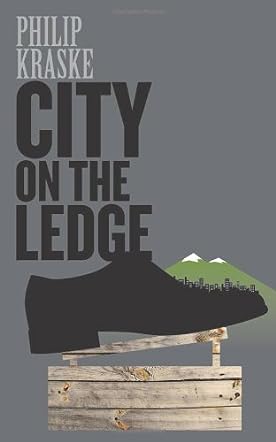 The city is Quito, Ecuador, which is described as being on a ledge on the side of Pichincha, an active volcano. The "ledge" is actually a little bigger than you might think from that description, but what follows in the book is a description of some of the seedier parts of Quito. The book starts with a shoeshine boy having a run-in with someone, getting kicked, and subsequently dying of renal bleed out. Shortly after this, a local TV station broadcasts a recording of a vile American (Jay Street) handing out hundred dollar bills to the poor. I must confess this confused me: why was this so bad? Then follows an introduction to a number of American diplomats in Quito, together with the odd CIA agent, and a description of some political issues in Quito. Eventually, we get to what the main issue of this book is: the Ecuadorian banana workers are on strike for higher wages, while the US Embassy sides with the owners to keep the price of bananas down in the US. The parties go for arbitration, but the US Embassy has the arbitrator under control, until he leaves town to take up a job in Dubai. Accordingly, Jay Street, an ex-football hero, is brought in to arbitrate.

The descriptions of Ecuadorian life are really convincing as are the machinations of the Americans (although I have no idea as to whether any of this is accurate). The descriptions of the climate, the life of ordinary Ecuadorians, and the general corruption of Ecuador are probably only too true. The characters are extremely well-drawn, except possibly for Sixto, a minor character who is more or less a caricature. The book proceeds by a series of scenes, and it appears that part of the purpose of this is to give the reader the quest of trying to work out what is going on, (i.e., in part, a mystery), with at least some answers in the final wash-up. The Americans, being diplomats, seem to be scheming much of the time, and they are very sparing with the truth. This book is generally very well-written. It is easy to read and the author seems to have a very strong association with Ecuador.