Cheetah On The Wing 2 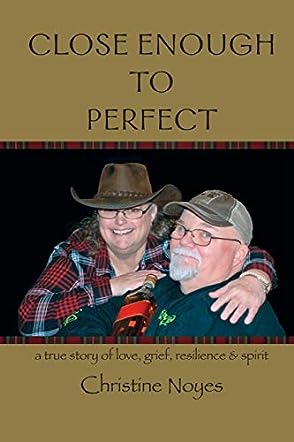 You can’t always plan where life will take you.

That certainly proved true for Christine Noyes. Growing up a tomboy in Shrewsbury, Massachusetts, she spent her youth building forts, playing sports, and enjoying the perceived innocence of the 1960s.

Without a clear vision of what her life should be, she went where she felt most comfortable: to the kitchen. At the age of eleven, she began her work life as a dishwasher in her grandfather’s restaurant. She spent the next several decades reinventing herself, becoming an accomplished chef and then a sales representative, an entrepreneur, and eventually a writer and illustrator.

Chris never chose her professions. They chose her.

Few people say that going bowling changed their lives, but it did exactly that for Chris. She met the one person she never expected to meet, the man she calls her husband and soulmate, Al.

After marrying in 1989, they moved to Orange, Massachusetts, where, after Al’s passing, Chris resides with thirty years of wonderful memories to keep her company.

When not at her keyboard, she enjoys her kitchen: back to her roots and love of cooking.

Close Enough to Perfect: A true story of love, grief, resilience, and spirit is a work of non-fiction in the memoir and autobiographical sub-genres of writing and was penned by author Christine Noyes. As the title suggests, this very emotive work explores the tumultuous life events of the author in the year 2018 when she was faced with the sudden death of her husband, Al. From here we scale back and explore the life that had led her to that moment, including powerful defining moments from her childhood, and a celebration of her life with Al in both their professional and home lives. What results is a sometimes bittersweet but always grateful recollection of working hard together to achieve happiness and success.

Author Christine Noyes has chosen to share a very personal and private journey with her audience, and this memoir does it in such a beautifully penned way that it feels like the reader is a party to the story from a very close friend indeed. The narrative structure switches well between past and present, delivering poignant moments from both times and tying them together with theme and emotion to give the whole work a solid, confident structure. The content itself is beautiful and heartfelt, allowing us into Christine’s highs and lows so that we may discover and relate on our own level to each instance. Overall, this makes for a very successful memoir, and I’d certainly recommend Close Enough to Perfect to anyone who enjoys real-life stories written with both skill and compassion.

Close Enough To Perfect by Christine Noyes is a heartrending memoir where the author speaks about the death of her husband Al, their time together, and her life after his death, her Catholic upbringing, and her relationship with her family. The author also shares her early life in the memoir and her unawareness of her mother being unwell and diagnosed with manic depression, now known as bipolar disorder. The death of her husband Al shattered her and she speaks about how she learned to embrace her grief and celebrate it.

The memoir captures the grit and determination of the human spirit to survive and the author speaks about how her mother taught her to survive; not to dwell, not to envy, but to move ahead, and live life on her terms. She also speaks about the wonderful times she shared with her husband which included hunting, traveling, motorcycling, spending time with family and friends, and running a retail business. The author is honest and straightforward when it comes to sharing her life and the memoir not only captures the author's life before and after marriage but also gives good insights about the mental problems faced by her mother.

Close Enough To Perfect by Christine Noyes is a story of loss, pain, grief, redemption, and healing, how the human spirit is equipped to overcome any obstacles if given a chance. The memoir also speaks about why it is important to seed, water, nurture, and harvest the resilience that can be cultivated. The topic has been well handled and it is a good book to gift elders so that their attitude towards life always remains positive, happy, and optimistic.

Your life can turn upside down in an instant. This happens to Christine Noyes when Al, her husband of twenty-eight years, dies suddenly. Close Enough to Perfect is a celebration of Al’s life with Christine. Al and Christine are passionate entrepreneurs who owned a sporting goods store. In Christine’s own words, other than a few occasions, she and Al did everything together. Al’s death came as a severe blow to Christine and she wrote a memoir to process her grief. Close Enough to Perfect is a story of love, family, grief, and resilience. It is a testimony to solidarity in trying times. As Christine reflects on their life, she finds opportunities to grow as a human being. Their life story is one of adventure, joy, and belonging.

When Christine and Al boarded the flight to Las Vegas for a trade show, it was business as usual, except for one tragic turn. In Close Enough to Perfect, Christine Noyes reflects on her life’s journey and finds much to celebrate. As I read through the memoir, I was struck by the sense of adventure and creativity that was part of Christine and Al’s lives. Their different upbringings, Christine’s memories of her mother, her strong bond with her siblings – all these gave a glimpse of the complexities of life. The important lesson was that grief affects everyone differently. Christine declares that she found new ways to grow and appreciate life after Al’s passing. At the same time, she continues to keep his memories alive.