The Poison of War 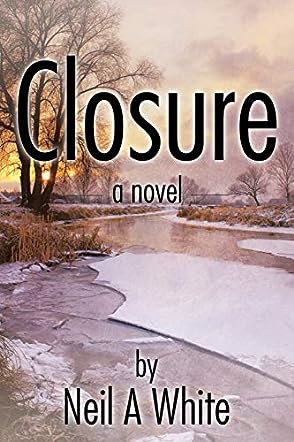 Neil A White was born in Melbourne and educated in his native Australia and the United States. He and his wife divide their time between the United States, Australia and Poland. Closure is his first novel. Neil is currently working on his next project, a novel of greed. A contemporary thriller involving the banking industry.

Three boys, three countries, three eras in history, three tragedies. Each boy is marked by his past, but how the past marks his future depends on how he deals with his tragedies and the horrors that inflict these tragedies. As men, they all sought to be invisible, to block out their past to merely exist in the present, to seek a new meaning to the prolonged life they were given.

Piotr Kowalczyk was just ten years old when the Nazis invaded his little town of Jaroslaw, situated on the Wisla River in southeast Poland. The year was 1939. First the aggressors forced Piotr and his father to work the road gang – long hours, little food and plenty of beatings. Then they took away Piotr’s mother and younger sister, Urszula. The final tragedy was watching his father being beaten to death. The man who did this crime, not really a man at all, but an older teenager, was embedded in Piotr’s memory forever.

Dino Mitak, his assumed name since he escaped Europe in 1945, was the Croatian who beat Piotr’s father to death in Jaroslaw. The vision of his angered actions continue to haunt him, but, until he confronts the man who was once the boy whose father he destroyed, Dino builds a new life with a wife and family.

And then there is the Australian, a young boy, who with his mother finds the beaten, dead body of Dino in an alley, and as a child befriends the man who beat Dino to death. In so doing, he unleashes a catastrophic series of events that affect the boy’s life, as unseemly events affected Piotr’s life in his boyhood. As the Australian boy learns about Poland and Piotr’s life under Hitler’s regime, he also learns the importance of family. As Piotr said to him, “You make sure you hug your Matka (Mother) every night. You hear. Family is very important. Most important. Never forget.”

Family is everything and when tragedy tears apart and destroys that loving bond known as family, all that is left is a void, one that can only be filled by an invisible existence. The Australian boy, as a man sent on a mission, redefines himself and the meaning of existence after such unspeakable tragedies. He learns from Piotr that revenge is not the answer. One must move on, beyond the tragedies, to create a new life with new meanings and new memories.

Closure, a novel by Neil A. White, takes three tragic stories and intermeshes three lives. In each story, each tragedy, there are choices to be made. Does one seek revenge and become no better than the aggressor that initially started the sequence of tragic events? Or does one forgive and move on? One can never forget. The past is always present. Using multiple points of view to tell each boy’s story from their unique perspective, the author weaves a tale of unspeakable horrors and terrible sadness and grief that never really can fully heal, but with time can give life a new perspective on which to build a good future and good memories.

This is a powerful story told with great compassion, a story of the fragile human condition and how, when the seeds of hatred and revenge take hold, multiple tragedies can spin out of control. It is only through the decided effort of making a better choice for oneself, and with determination to overcome an all-consuming hatred, can a person become bigger and better than those who tried to dehumanize and to victimize them.