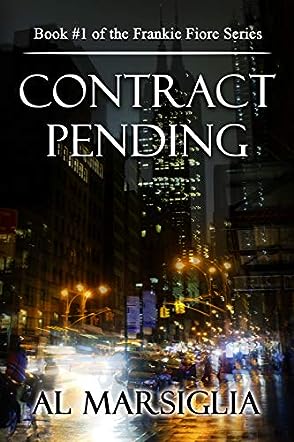 In Contract Pending by Al Marsiglia, readers are treated to a story set in Brooklyn, with varied characters from colorful criminal types to Louie Fiore, a simple family man who fixes shoes for a living. When Louie’s son, Frankie, mixes with some of Louie’s former acquaintances, Louie cautions him about the fall-out that may come to pass. But young Frankie throws caution to the wind when he assists Jimmy, his Godfather, in collecting on past-due accounts. As things play out, Frankie’s cohort, Anthony, decides one fateful night to take the day’s collections to the track, losing all of Jimmy’s money. Before long, the safety of Frankie’s entire family, and all those he comes to care for, is on the line. But even in the darkest times and places, an unexpected hero can arise. This time, it comes in the form of Louie’s old colleague, Biff—although not before others pay a price for Frankie’s poor decisions.

The setting for Contract Pending comes to life as Al Marsiglia revisits the places of his childhood. Add in a sprinkling of the dialect of those from Al Marsiglia’s old neighborhood, and the feeling is intensified. Although difficult to learn of Louie’s fate, I appreciated the family connections between Louie and his wife, and between Frankie and his brother. I found that Frankie was portrayed honestly as a simple youth who, bored with fixing shoes in his father’s shop, tried a more colorful enterprise. That said, it was refreshing to discover, in the end, that while many paid a price for Frankie’s decisions, he also did, via a trip to Rikers Island prison. There was an honesty in that fact that I quite appreciated.