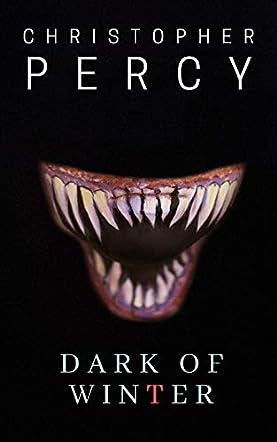 I am an English author of the published dark fantasy novels Dark of Winter, its origins short stories and Since Never, Book One of the Turned Trilogy.

I live on the South Coast of England. I have a full time job and write in my spare time.

Since Never shares the same world and timeline as Dark of Winter but is a stand alone module, though references to the former are there for the initiated to enjoy.

Vaconius has changed. The slaughter of the Northern warriors did not quicken his pulse with the thrill of battle. Instead, it sickened him. Vaconius’ lack of enthusiasm hasn’t escaped King Fialsun’s notice. Greedy, insane King Fialsun cannot have his best captain struggling with his morals when only one village remains outside of his dominion. Sumner is home to a strange people, mutated by inbreeding and isolation, guarded by warriors possessing infamous ferocity and skill. Fialsun orders Vaconius further north to destroy Sumner and all its inhabitants. With only a hundred men at his back, Vaconius may well be marching to his death. Sumner has its own problems. A child has gone missing among the dead trees and deep snow, and a demon of legend appears as a harbinger of worse things to come. The dark of winter is coming to Sumner and even the dead don’t want to be there when it arrives.

There is so much to love about Dark of Winter. Christopher Percy’s descriptions feed into the imagination to paint a world that’s stark and dangerous, filled with strange creatures—some of them human. The characters in Dark of Winter are fascinating and realistic. Vaconius and Hidden reflect each other in certain aspects, introducing plenty of occasions for the reader to contemplate the themes woven through the plot. Conflict builds on two levels as the humans are pitted against each other, yet must unite to fight an even greater adversary. The demons of the dark are frightening and their strangeness lends them a chilling sense of authenticity. Gory battles, a tense plot with a thrilling conclusion, and a ribbon of weirdness running throughout make Dark of Winter a highly satisfying read.