The Mystery Hidden in a Name The Great Green Tree and the Magical Ladders 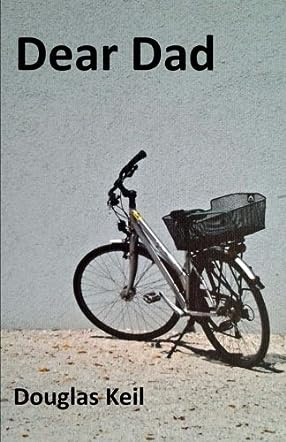 Dear Dad is a novel written by Douglas Keil. While on his way to the Roswell Park Cancer Institute in Buffalo, fourteen-year-old Dustin learns that he has an aggressive form of leukemia. He shares every part of his journey with his father by sending him a letter each day, outlining the day’s events during his treatment. Dustin’s arrival is confusing to him, as he thinks he is only in for a couple of tests. When he meets his room-mate, he is unable to determine his age due to the complete lack of hair on his head, face or body. Dustin starts chemotherapy immediately and feels quite sick and lethargic, while having to measure every bit of liquid that comes out of his body. Some miscommunications occur, with nurses putting the side rails up on his bed at night but not showing him how to lower them, leading to a very painful attempt to get to the toilet while connected to IVs. He panics when woken by a man trying to take his blood, as it had not been explained to him that this will happen at night. When room-mates come and go, Dustin never knows if they have gone home, gone for a walk or have died, and is sometimes too scared to ask. The taking of bone marrow samples, Dustin learns, is not just a small pinch (as the doctor had advised), and children defend each other fiercely when hurt, even accidentally, by hospital staff. Determined to fight off the cancer with every bit of strength he has, while at the same time trying to be emotionally strong for his family, Dustin proves himself to be a warrior, a fighter, a champion, and a true friend in this arduous struggle for life.

I selected this particular book for review as so many relatives and friends have fought against various types of cancer. I hoped it would give me some insight into the battles that some had won and others had lost. While reading Dear Dad, I learned so much more, such as the different types of treatments given, the effects each treatment has, the different stages of leukemia, and the inner struggle of the patient. Each letter is penned in such a way that the reader has a bird’s-eye view of not only what goes on inside the ward, but also what is going through the mind of the warrior who is fighting the battle. Each of the staff members and other patients whom Dustin encounters during his treatment is described so meticulously that they are easy to visualize. The struggles, not just of the patients but of their loved ones, are tear-jerking.

Although I did not know what to expect when I chose Dear Dad for review, Douglas Keil’s portrayal of his son’s journey in fighting leukemia is remarkable and I thank Douglas for penning such a tale as it has opened my eyes to the lengthy and painful battle on diagnosis. I recommend this book to all readers over the age of 12 years, whether or not they have been touched by cancer, so that they can empathize with those they meet in life who are fighting or have fought the disease which is known as the number one killer of kids.