Embrace The Passion In A Lover's Dream 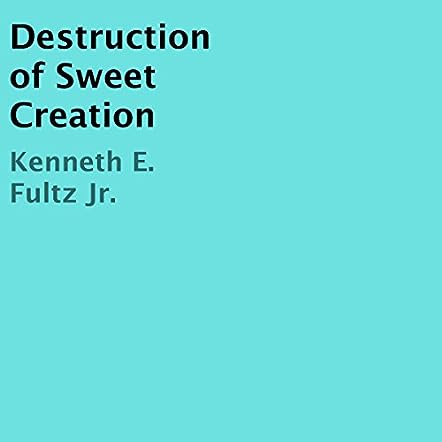 Kenneth was born in Columbus, Ohio. He has had a strong interest in both anime and different cultures from a young age and has written stories even longer. He hopes to make stories that people will enjoy and read over again.

Destruction of Sweet Creation by Kenneth E. Fultz Jr. is a short novella based on the anime genre. The book revolves around two central characters: Hiro, a handsome, eighteen-year-old boy who is a loner, and Kanae, a child-like, immature seventeen-year old who is cursed. Hiro is secretive and introverted, takes life lightly, and does not hesitate to put his life in danger for the ideals that he believes in. Kanae, on the other hand, is a naive teenager who believes in fairy tales, and is cursed by her mother so that people who meet her think of her as a kid. Hiro and Kanae’s lives take a dramatic turn when she is attacked by a monster, and what follows after that as their lives change forever forms the plot of the book. We not only see them both grow as human beings, but we also come to understand and realize how one person can have such a profound impact on another person’s life.

Destruction of Sweet Creation also features many other people throughout the book, some of which are almost as central to the story as Hiro and Kanae. Kenneth E. Fultz Jr. has created some superb characters, and I especially loved the growth and maturity portrayed in the central characters as we witness their transformation from teenagers to young adults. This story contains elements of anime, fantasy, romance, action, and adventure. Kenneth E. Fultz Jr. maintains a conversational narrative throughout the book which lends a casual, light feel to it. This is definitely one of those feel-good, thoroughly enjoyable books for any age group that one can pick up and read any time and I certainly hope to see a graphic novel version of it.

Destruction of Sweet Creation is a short anime inspired story about Hiro Inoue, an eighteen-year-old blue haired loner who works for director Oyaji to complete complicated missions to save Japan. In this mission, Hiro sets out to track down Kyo Maki, a twenty-eight-year-old pretty boy with white hair who invented the fearsome white apes that are wreaking havoc in the streets. Added to this mix of anime characters is Kanae Fukui, a seventeen-year-old schoolgirl beauty with long purple hair and light red eyes. Kanae is the envy of many of her classmates and the object of desire for many schoolboys in her school, yet she keeps falling in love with the wrong man. Eri Fukui, her mother, casts a spell on her to make her look like a child to everyone admiring her so that she may learn some hard earned lessons. Kanae ends up with Hiro as he is undergoing his dangerous missions. These two unlikely misfits learn to open up to each other.

Writer Kenneth E. Fultz Jr. engages us in a rather sweet and adventurous storyline that is reminiscent of the traditional anime characters and plot lines. In this story, he mixes things up a bit so the story line has more of a twist and is not as traditional. This would be a better book if there were more captions and pictures to every few paragraphs to make the story come alive for readers. The author did say he was working on future animation for the story, which would be a plus. I enjoyed this short story with Kanae and Hiro!

Destruction of Sweet Creation by Kenneth E. Fultz Jr. is a wonderful tale about a seventeen-year-old girl named Kanae who always is immature when it comes to relationships. So Eri, her mother, decides to teach her a lesson and puts a curse on Kanae. The curse makes everyone see her as old as her maturity level is. So if she is acting like a five-year-old, she looks like a five-year-old. Kanae begins to learn her lesson and then she meets Hiro. Hiro is a special detective who finds people who use their magic for crime and stops them. Not much older than Kanae, Hiro is what you would call a lost soul. He needs help finding himself again and Kanae is the one to help him, even if neither of them know it yet.

I absolutely love Destruction of Sweet Creation by Kenneth E. Fultz Jr. It is a truly magical tale. It makes you realize that maybe teens are as old as they think they are. Being a teen myself, it was a very enlightening story. Who would have thought that a story like this could make a teen realize that maybe we are immature punks who need to remember that we are still just kids who don’t know everything. I thank the author for sharing this amazing story. Maybe one day it will become the anime movie it was meant to be. If it does become one, I would gladly pay to see it.

Seventeen-year-old Kanae had been every school boy's fantasy because of her enchanting beauty, until she pissed her mother off and the mother put a spell on her. Until Kanae stopped behaving like a spoil little girl and started acting her age, everyone who looked at her would see her as just a little girl instead of the beautiful teenager she was. While running around confused because no one recognised her anymore, Kanae stumbled into Hiro - an Aura Police Division field agent in search of magical criminal mastermind Kyo Maki. Because she did not want to go back home, Kanae moved in with Hiro who, like everyone else, was under the impression that she was just a little girl. Hiro and Kanae were each on their separate missions; Kanae to find a way to reverse her mother's spell and Hiro to protect the public by taking down beasts created through magic and generally ensuring that those with magical powers only used them for good - but their paths were more entwined that either of them imagined.

Destruction of Sweet Creation by Kenneth E. Fultz Jr. is a fantastic tale of sci-fi meets super magic meets adrenaline pumping action. The book is filled with fast-paced action and each of the scenes is so unique yet they all deliver a pure thrill. The characters are vivid enough that I could easily picture them as I read along. I could easily see the monsters as they caused massive destruction and the human characters that fought to bring the destruction to an end. It is simply remarkable how Kenneth E. Fultz managed to intricately bring together and balance magic and technology to blend them into one amazing story. Reading Destruction of Sweet Creation is like watching a fast-paced sci-fi action movie.