When We All Wear A Mask 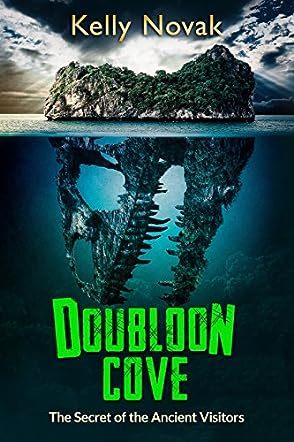 An avid explorer, Kelly Novak has visited seventy-three countries on six continents including sites such as Machu Picchu, Easter Island, Petra, and the Pyramids. Her adventures include a search for the Lost Ark in Ethiopia, getting lost in a cave in Guatemala, and train-hopping from Moscow to Venice carrying only a backpack.

She holds a Master of Science degree in experimental physics from the University of Houston and has extensive experience in the semiconductor industry and in biomedical technology. Her interests include children's literature, history, and recreational mathematics.

She lives in a spooky (and some say haunted) three-hundred-year-old house in Massachusetts.

Doubloon Cove: The Secret of the Ancient Visitors is an action and adventure mystery novel for children and preteens written by Kelly Novak. Twelve-year-old Jeffrey and Steven loved hanging out in their fort, the old shed in the back of Jeffrey’s house. It had been built in the late 1800s and was the perfect venue for overnights and the spooky stories they delighted in telling each other. Often, the combination of too much Rocky Road ice cream and too many weird stories would result in some rather elaborate nightmares, like the one Steven experienced one night. His dream involved cyborgs whose inanimate movements were accompanied by the most awful whirring noise. To his horror, the noise continued even after he woke up -- or had he? After he got Jeffrey up, the two decided to go to the house which seemed to be the source of the noise and investigate. They snuck in through Cindy’s window, who explained that the babysitters had come to do work in their parents’ bedroom. But they hadn’t had babysitters for several years now, and why they’d be working in a bedroom made no sense at all to the two boys. The strange couple they discovered in the room was actually after the contents of their parents’ safe, and the three kids were determined to figure out why.

Kelly Novak’s action and adventure mystery novel for children and preteens, Doubloon Cove: The Secret of the Ancient Visitors, is grand fun no matter how old you are. Consider the series title, Doubloon Cove. Whose imagination doesn’t start to work overtime at the thought of doubloons and pieces of eight as well as hints of a manuscript with directions to a treasured item? I know mine does, and it stayed happily involved with the adventures of Cindy, Jeffrey and Steven. There’s even a good deal of caving in this story, which made it even more irresistible to me. Novak introduces some history in this tale as well, as she delves into the possibility of Viking and Irish visitors predating the Spaniards and Columbus. Novak’s characters are fresh and original, especially Cindy who is both a girly-girl, complete with tiara and dreams of marrying a prince, as well as a whiz at things both technical and mathematical, and Steven’s brother, Frederick, the language expert who also plays a major role in this tale. I was thrilled to discover that there’s future adventures planned for the inhabitants of Doubloon Cove, and I’m certainly looking forward to reading about them. Doubloon Cove: The Secret of the Ancient Visitors is most highly recommended.