Love Is Worth Waiting For 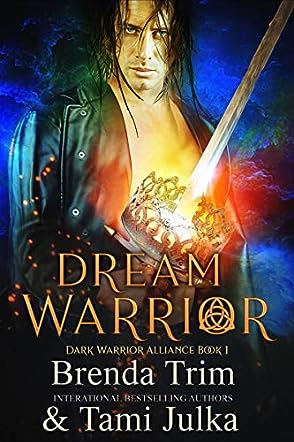 Elise always thought life was simple; there was nothing extraordinary out there, just regular people living the same as she was, until the day her world was turned upside down. Her husband Dalton was murdered, and what the police didn't admit, but Elise had seen, was that it was not a human killer. She thought it was a vampire and so she joined a vigilante group that went out at night killing them, only there was so much more to this world than Elise could ever imagine. A chance encounter at a burrito restaurant brings her face to face with the Vampire King, Zander, and neither of them can get the other out of their thoughts or dreams. To make matters worse, a new arch demon has arrived in town, and the fight between dark and light is getting intense. Dream Warrior is the story of Zander and Elise, the delicate and complicated dance they do as she has to heal from the death of her husband, to then accepting the reality of the world, and then becoming part of this new world. Authors Brenda Trim and Tami Julka create an amazingly complex and romantic yet dangerous world of supernaturals, full of adventure and fighting, while at the same time a delicate, sweet romance of fated mates and everlasting love is playing out on the side.

Dream Warrior is the first book in the Dark Warrior Alliance series. Not only is this the story of Zander and Elise, we are introduced to the whole extended family of the Dark Warriors. Authors Brenda Trim and Tami Julka do such a wonderful job of creating characters that you can't help but fall for; you want to know what happens, you root for them, cry with them, cheer with them, and keep reading until you turn that last page. There is plenty of action, fighting and adventure, twists and turns on every page that keep you on the edge of your seat. At the same time, there is the tender and steamy story of the complicated dance of fated mates, one immortal mate forever that the Goddess has chosen for you. I mean, who doesn't love a steamy love story, but at the same time, there's the idea that you had no say in the matter. This is a wonderful book. Yes, there is violence and steamy romance, so as long as you are okay with that then you will love this book! In fact, you will probably devour it and be rushing off to find the rest of the series if you are anything like me! Enjoy!