The Scorpion of Chernobyl 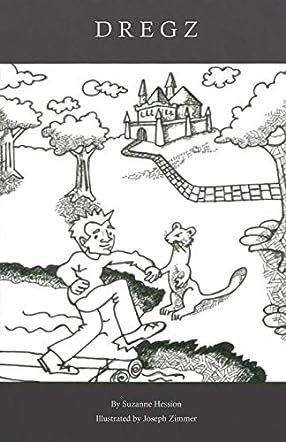 Dregz by Suzanne Hession is an intriguing fantasy story about kings and destiny. King Halvar needs an heir to take over his throne, finding possibilities in two youngsters in the village orphanage who have been best friends their whole lives. The requirements include strength, fortitude, and, more than anything, honesty. A competition is held, with only one being the winner, but this causes the other to send him to the Island of Dregs, with a declaration to the residents that only dregs of the earth live there. Silas has created grave consequences, and Dreck, Dregz's son, needs to discover the truth that his father has hidden for years. He finds himself needing to save Silas's daughter, a princess named Elle, and conquer the slithery, powerful Nazaar, but can he?

Author Suzanne Hession has created a fun, entertaining story for young readers, but older readers can enjoy it too. If you like fables about castles and kingdoms, you'll become involved in this one from the beginning. The illustrations bring the narrative to life and will rouse the imagination of the reading audience. This quick read could also work as part of a longer series, or be elaborated on, but it does fine as a standalone. The simple but engaging plot moves along at a steady pace, and readers will meet interesting characters along the way, like Fallon, Legra, and Elle, but most of all they'll learn about friendship and loyalty. This author has deftly built suspense in such a short, simple story, capturing your imagination until the end, and it does end way too soon, leaving you to want more. Dregz by Suzanne Hession is a fantasy story you won't want to miss.