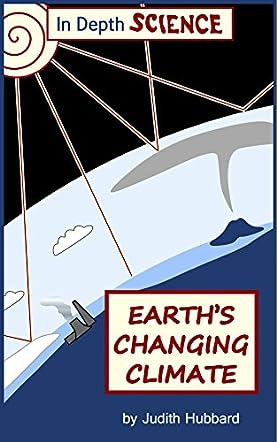 Earth’s Changing Climate is an interactive resource book written by Judith Hubbard. Beginning with Earth’s creation, pictures are shown of how the planet may have looked many millions of years ago. As Earth burned or froze over the ages, its inhabitants changed with it. Fossils are shown of giant insects which had transformed and adjusted to the different levels of oxygen in the atmosphere. Almost all life forms then died out after an asteroid struck Earth, blocking out the sun, killing off plant life and taking life-giving oxygen with it. It would be millions of years, following that moment, where life would become what it is today. Many people do not realize that the planets also affect each other, with the most noticeable being the Sun and the Moon, bringing forth our seasons, changes to the tide, the amount of life in the sea and on land, the heat and the fires which destroy life, but then rebirthing it from the ashes, like that of the phoenix.

Judith Hubbard discusses not only the seasons and the weather, but also what climate means. Different plant and animal life depend on each other to survive, with a delicate balance sustaining us. Throughout the book, many questions are asked of the reader, forcing them to think about and analyze the world in which they live, as well as the town, city or street in which they live. It asks the reader if they think they could survive the next ice age, or whether living alongside dinosaurs would be ideal or sustainable. With both pictures and facts presented, giving the reader a chance to seriously consider each question presented, Earth’s Changing Climate paints a scary and bleak future for life on Earth unless we can return the balance needed between plant, human and the elements of nature.

I found it to be quite an eye-opener, bringing to light the slow death of our planet unless changes are made. This book would not only be ideal for children, but for all readers, especially those who reject the idea of climate change, preferring to believe that life on Earth has been, and always will be a constant. Absolutely outstanding in research and presentation. I look forward to adding this book to my home library, and heartily recommend that homes around the globe do the same, for the sake of future generations.