If I Could Live Again The Boy Who Breathed Underwater Diary of a Trillionaire Traveller 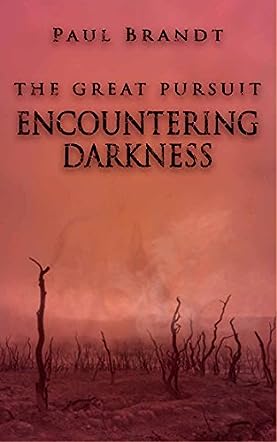 Paul Brandt, once born in a seven passenger van, now lives in Louisville, KY where he is pursuing a Master’s degree at The Southern Baptist Theological Seminary. He works overnight to achieve his dreams and sleeps, at random times. Growing up, he often had motivation to create things, whether it be writing or music, and continued that passion into adult life. When he is not writing, he enjoys reading, music composition, and biking. Paul is growing into a greater inclination to be Christ-like, and aims, while often failing, to follow him every day.

Encountering Darkness: The Great Pursuit is a Christian fantasy novel written by Paul Brandt. Mayor Pete Pethaford was proud of what he had accomplished for his town and its people. Since he had become the mayor, Winfield had built a new school and a hospital. The police and firemen were finally given adequate compensation for their services, and he was currently working on increasing the salaries of the teachers in town as well. Pete gave generously to charitable causes and was admired by his constituents. While he had done so much for the town, however, he was still perplexed why its streets were so silent that morning. There wasn’t a person in sight, nor were there any cars. It was all because of that building that they all went to on a particular day of the week, where they listened to a man in black preaching about end times. Pete just didn’t get it.

Paul Brandt’s dark Christian fantasy novel, Encountering Darkness: The Great Pursuit, follows the troubled philanthropic mayor whose good deeds pale in comparison with his dismissal of the church and its teachings. Pete’s world becomes nightmarish when his inability to discern the voice of his God leads him into quagmires and harsh landscapes. Brandt’s story poses a harsh justice that seemed at times at odds with my vision of an infinitely forgiving God, who would see Pete’s good deeds, the hospital, school and improved working conditions of public servants, as praise and worship in its own right. One might consider that the town and Pete’s good works were his own “building” and form of praise, in the spirit of those who feel that godliness should not be practiced only when one is in church. Brandt’s tale gives the reader a lot to think about as Pete struggles through a Faustian nightmare and seems unable to see the light. Encountering Darkness: The Great Pursuit is a thought-provoking tale that is recommended for fans of Christian fantasy.