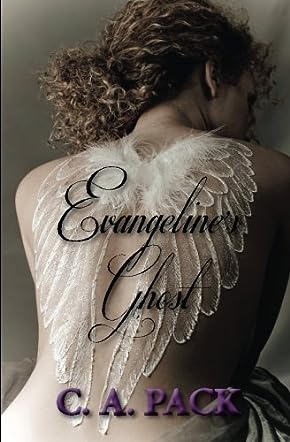 Don’t be fooled by this book’s cover. Evangeline's Ghost: Houdini, by C.A. Pack, is a light-hearted suspense story, with humor, heavenly interference, action and wit. It has criminals, tough New York cops, thieves, swindlers and kidnappers. Oh, and I almost forgot: ghosts. Gabriella, a teenage girl, finds herself to be a ghost. But she’s not ready to move on to her eternal reward. Instead, she’s concerned about her father, a French inventor who’s being swindled out of his rightful pay for a masterful contraption created for the master of magic himself: Houdini. Meanwhile, two other ghosts, Christian and Evangeline, are tasked with assisting Gabriella in her search for her father. Learning along the way, they ring the bells of Heaven when they break the rules (such as letting people see them), but find Saint Peter (yep, the real one) as their mentor and guide.

I thoroughly enjoyed Evangeline's Ghost: Houdini by C.A. Pack. It was a page turner, filled with humor, and the story itself stayed light and entertaining. The characters were well-fleshed out (although there are quite a few), and easily recognized in the clear writing by the author. I think the humor of the story was the most entertaining part of the book. The author wove funny elements throughout, poking fun at everything from the Big Bad Guy who thought he was getting away with his crimes, to the cops on the street who weren't about to take guff from nobody. For the most part it is a clean read, and I would recommend it for readers ages 12 and up.