A Blueprint of the Divine Plan T Is for Time Travel 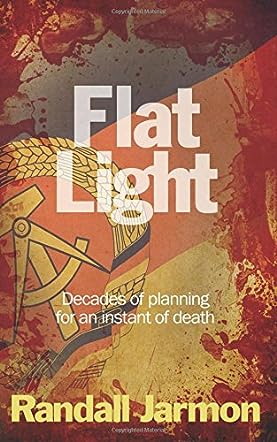 In 1987, Ben and Shannon ended up meeting and saving each other's lives in quite a heroic and unusual way on the lifts of Stumpy Run's small and almost deserted ski resort in Montshire, New England. They fought off three big and brutal Frenchmen whose intentions were to have their way with "the cute little blonde girl." When Shannon, who is the Attorney General of Idaho, invites Ben to work at her father's property in Idaho, which just happened to be a ski resort, he graciously accepts. Never could he have imagined his and Shannon's encounter at the small ski resort would end up with him years later becoming involved in a long kept family secret assignment team. In 1987, East Germany, Major Ludwig and Otto Stremp, who is Germany's Regional Deputy Minister for State Security, work together to move their families to the West (America), where they will use the money they embezzled from Germany's treasury to eventually live in Montshire, New England. This is where they plan to carry out their destructive, murderous, and sinister plan (lasting from 1987-2012) that will deeply affect the people of America. What will happen when the secret assignment team meet the fugitives from Germany? Will destruction and chaos really break loose in America?

Flat Light written by Randall Jarmon is an adventurous, suspenseful and action filled novel introducing readers to terrorism and chaos. The author skillfully creates two story plots and combines them into one thrilling and exciting book. The text is a transitional one, going from one story plot and scene to another, making it very intriguing for readers as they try to make the connections between each character within the two story plots. This book is absolutely a page-turner. It makes readers wonder about the possibility of the scenarios in the book ever being a reality. This book has a very high potential to become a movie. A reader will have no problem visualizing the scenes within the book as they are very vivid and descriptive. I absolutely loved this good versus evil type of book.

Randall Jarmon’s novel, Flat Light, unravels when political unrest in Eastern Europe threatens East Germany. Meanwhile in Montshire, an American backwater, Ben Montgomery saves a pretty blonde from rapists and this will change the course of his life forever. Back in Europe, two East German intelligence army officers, in cahoots with their wives, put in place an intricate plan to embezzle funds and defect to America. They will not stop here, however. Settling in Montshire and operating a ski resort, the East Germans have more sinister plans in mind and they are determined to fulfill their ultimate goal with utmost efficiency. Unknown to many, Ben Montgomery is trained as a world class assassin and he will find himself face to face with a sinister plan that took twenty-five years in the making.

Flat Light is an intriguing and action filled novel by Randall Jarmon. The characters are well developed, especially the main protagonists. This is a novel that explicitly defines good and evil. On one side are Otto Strempft and Ludwig Ernst and on the other side is Ben Montgomery. The tendency of the author to paint the world only in black and white is evident and this could make the story predictable. Thus it is to the author’s credit that, in spite of this, the novel still comes out as an exciting, action packed thriller. Vivid and concise, Flat Light is to be commended for its excellent descriptive style.

Flat Light is a fast paced book by Randall Jarmon. East German officials Strempf and Ernst blame America when the Berlin wall crumbles. They defect to the United States with their fanatical families, buy a ski resort, and patiently plan a twenty-year revenge plot to assassinate American political figures and civilians using strategically placed bombs. Ben Montgomery’s life changes after rescuing Shannon Wilcox, an Attorney General. Her family hires him to work at their exclusive resort, and he is also trained as an assassin to protect the wealthy guests. While scouting properties to buy, Ben realizes the Germans’ audits are questionable and goes undercover with his employer’s help. He hires Harry Phelps, an informed reporter, while the terrorists regroup with a specialised killing team. When the U.S. Vice President is killed by a bomb, and more political figures are endangered, Ben and his team race against time to stop the deadly forces before another disaster strikes.

How well do you know your neighbours? Could the cookie baking mom who attends P.T.A.'s and helps fundraisers be a zealous killer? Is the father who donates generously to the baseball team a terrorist too? The German wives' outlandish personalities and how they brainwashed their kids was amusing, but made me thoughtful. Ben and his colleagues displayed professionalism with moderate doses of humour. Flat Light is a suspenseful thriller which had me contemplating the identities of political moles. I was impressed with the unexpected twists and ending of Randall Jarmon’s entertaining book.