How Badly Do You Want to Succeed?

How Badly Do You Want to Succeed? Under a Basketball Moon 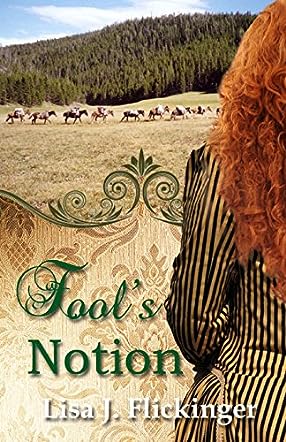 Fool’s Notion by Lisa J. Flickinger is about a beautiful young red-headed lady, Alda Lealand, who somewhat naively starts out from Missouri with a string of mules, intending to walk them 2,000 miles to Death Valley, California and her uncle who is waiting for her there with money to buy the mules. Alda is oblivious to the dangers of such an Old West journey, including high mountain blockades, hostile Indians, and outlaws, as she soon discovers. Fortunately for Alda, she encounters a bounty hunter, Cordell Sweet (“Cord”) who decides to travel with her and protect her, despite Alda’s initial misgivings.

Cord is able to defend Alda against a would-be rapist, and the two of them decide to latch onto a westward-moving wagon train along the California trail for extra protection. However, the wagon master’s son, Walker, develops a shine for Alda, leading to a classic love triangle situation with Cord. For Cord, this means an encounter with Walker’s machinations to kill him. For Alda, it means a trip to the Wyoming Territorial Prison for having stolen the mules from her ne'er-do-well father. Will Alda ever be able to get her mules to California with all these disruptions? Will Cord the bounty hunter live long enough to develop a true relationship with Alda?

Fool’s Notion by Lisa J. Flickinger is a charming story. I enjoyed Fool’s Notion because of its focus upon an enchanting young redhead, Alda, who is stunningly beautiful and determined. Along the way, Alda is confronted—if that’s the right word—with Cord’s strong religious faith (despite his profession as a bounty hunter) and she must re-examine her previously indifferent or even hostile attitudes toward God, religion, and church-going.