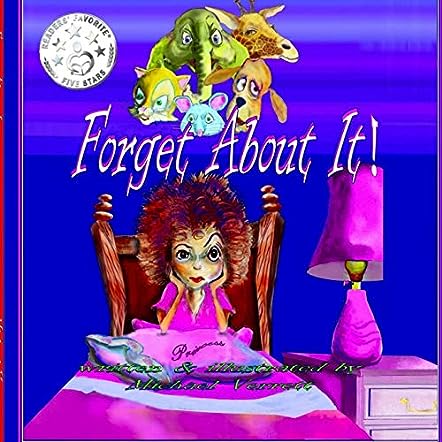 Michael Verrett hails from Morgan City, Louisiana and grew up in nearby Bayou Vista just blocks away from green sugar cane fields and the unhurried Bayou Teche. Here began his familiarity with Louisiana wildlife, the clever telling of a tale and his passion for art and writing. His forte is writing adolescent adventure stories, Christmas stories, and stories about baseball.
He has written/illustrated over three dozen books.
A former Homicide Detective and Lt Colonel in the U. S. Army, Michael currently works for the Governor's Office of Homeland Security and Emergency Preparedness in Baton Rouge. He is the past Vice President and President of the Arts Council of Livingston Parish. He provides volunteer art education programs for schools across the state.
His colorful careers includes the military, a homicide detective, construction work, teaching gifted art in public schools, visual artist, police sketch artist, author/illustrator, anti-terrorism, emergency manager, and disaster logistician.
As a emergency manager in disaster response, he worked in 6 of the top 10 disasters to impact the United States to include Hurricanes Katrina and super storm Sandy.
In 2006 Michael retired from the Army Reserves after recently completing a tour for Operation Iraqi Freedom. His duties took him from instructing at the Army's Command & General Staff College to Asia, Africa and the Pentagon. While overseas he continued his art by contributing a weekly cartoon strip titled Army Life to The Desert Voice Magazine and illustrated a book to help explain safety procedures to illiterate and non-English speaking workers.
His artwork has appeared in advertisements, illustrations for the U S Army, local galleries. As a volunteer he has painted extensive murals for schools in a three parish area. In December 2009 on behalf of the Governor's office he created the interactive book, Get a Game Plan, to help families be prepared in times of disasters.
He is the recipient of the Bronze Star and numerous other military awards. As a community volunteer he received the Crystal Apple award for top school volunteer in the East Baton Rouge Parish School system and other awards and recognition for his art programs.
He lives in Denham Springs, LA with his wife, three dogs, two cats, and menagerie of ducks, geese, turtles, fish, etc.

Forget About It! by Michael Verrett is the story of Danielle who was so beautiful that everyone knew she would become a princess. She was not only beautiful but also intelligent and possessed a quick wit. But Danielle suffered from a problem called Pink Memory - she could only remember Pink Memory things so that she even forgot the names of her best friends. One day a boy gives her five different drawings and asks her to hang these on the wall in her room. She forgets about them by the time she reaches home but the paintings don't forget her. What happens next is interesting and will keep kids entertained till the very end.

I enjoyed this cute story. The illustrations are bright and colorful and make the scenes and characters come alive in front of readers' eyes. The part where the drawings come to life is fascinating and how they teach her to cherish important things is also equally fascinating. It's an excellent bedtime storybook and parents and grandparents should read it out to kids. The story is also perfect for read aloud sessions in classrooms and school libraries.

Storybooks with a good concept, message, and ideas are good for children and they make it easy for kids to understand when narrated with the help of a story, characters, and illustrations. The story will connect well with readers and tell them that memory is not just memorizing or collecting facts, but it is all about the things that are locked away in the heart and not the head.