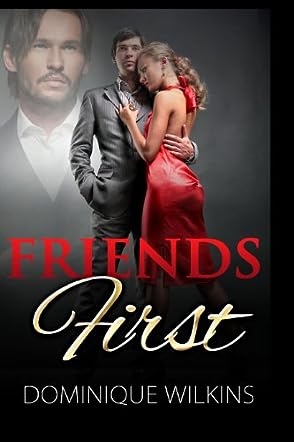 Dominique Wilkins is a licensed cosmetologist, married mother of five children and currently the Indiana chapter president for Authors Promoting Success. Dominique writes short stories in the Urban Christian Fiction genre, to which everyone can relate. In a time where crime is high, morale is low, and drama is everywhere, Dominique writes to encourage her readers and provide them with resources to keep them going and desire to do better. Read real stories about bad parents; jealous neighbors; backstabbing friends; cheating; love; pain; and the ability to inspire change or provide a life lesson. Transferring a decade of emotional support and encouragement from the beauty shop to the pages, these stories are written with biblical messages intermingled for the reader to refer back to or research for more healing on their particular need directly from The Bible. Now head over to the "Book Sale" tab via www.AuthorDWilkinsGOODbooks.com to find out which book or collection relates to you!

Even when one begins a relationship with the best intentions, it does not always end in happily ever after. Dominique Wilkins illustrates exactly how messed up things can become in Friends First. Having been rescued by her boyfriend Cliff from an abusive alcoholic father, Fiona believed that everything was going to be just perfect. She gave everything to her rescuer: her life, her virginity, and her love. When Cliff took a new job with an armored car company, it seemed that everything was coming together very well, until Cliff falls in with Joe. Joe convinces Cliff that they could embezzle a little bit of money at a time from the company and never get caught. After the third try, however, they did get caught. Worse than that, Joe began making sexual advances on Fiona whenever Cliff wasn’t around. Fiona puts their “happily ever after” marriage to the test when she decides to tell Cliff what his friend Joe has been doing. Will Cliff listen to his wife or side with his friend?

Even when it appears that everything has worked out, there is always a surprise. Dominique Wilkins warns the reader about putting their trust in another person in Friends First. The scripture reference that she uses gives the reader a warning about trusting a person instead of trusting God. In this poignant narrative of misplaced confidence, the reader will certainly learn why the scriptures offer that advice. Honest, subtle and enlightening, Friends First is another Wilkins novella with another deep spiritual lesson.