Rising Wind: The Weeping God and the Book of Hope A Search for Safe Passage Dragons in the Clouds 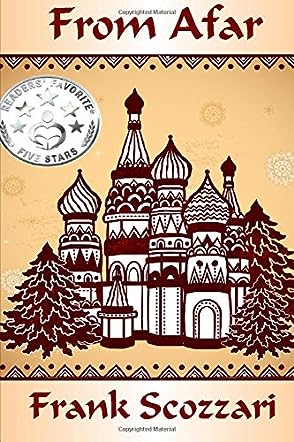 Frank Scozzari was born in Bay Shore, New York. He moved to California as a child, where he attended and graduated from Cal Poly, San Luis Obispo. He now resides on the California Central Coast. An avid adventurer, he hobo’ed his way across America at age eighteen, twice trekked the John Muir Trail, backpacked through Europe, camel-backed the ruins of Giza, jeep-trailed the length of the Baja peninsula three times, globe-trotted from China to the Pyrenees to the White Nights of northern Russia, and once climbed Mt. Kilimanjaro – the highest point in Africa. A four-time Pushcart Prize nominee, his award-winning short stories have appeared in numerous literary magazines including The Emerson Review, Berkeley Fiction Review, Tampa Review, War Literature & the Arts (U.S. Air Force Academy), Pacific Review, Eleven Eleven, The Bitter Oleander, South Dakota Review, Minetta Review (NYU), Hawaii Pacific Review, Ellipsis Magazine, The Nassau Review, The MacGuffin, Reed Magazine, The Broken Plate, Roanoke Review, and Short Story America, and have been featured in literary theater.

From Afar by author Frank Scozzari is a wonderful, wonderful read. It follows the story of our protagonist, Morgan Stanfield, on his quest to find love in St. Petersburg, Russia. A hopeless romantic, Morgan believes that somehow, some way, his trip just might lead him to what he wants more than anything: a true love for the ages. During his four-day trek, he comes into contact with a gorgeous Russian woman, the mafia, a prostitute, and a whole cast of other memorable characters. But is his true love amongst this group? That, my friends, is the true question.

Frank Scozzari’s writing style is deft, descriptive and delightful. I thoroughly enjoyed From Afar, right from the first pages. The character of Morgan is drawn so clearly, so vividly, that in closing the book I felt like I was saying goodbye to an old friend. Any reader of great fiction would love this book, and it would especially appeal to anyone who loves stories with elements of romance, travel and the complications of cultural differences. My only advice to any reader who picks this book up is that they make sure they have several hours available for reading, because once you start the story, you won’t want to put this book down. This novel was the first that I have read by Frank Scozzari, and I will certainly be looking for more of his work. I loved this book, and am certain that I will also enjoy any other he has to offer.