ABCs From the Bible 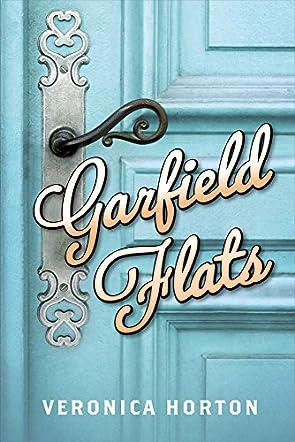 Debbie and Mia just moved into a new place at Garfield Flats. Slowly getting used to life in their new flat, they expected it to be normal, even a bit boring. Nevertheless, surprises await them around every corner, helping the two girls embark on interesting adventures in and around their flat in uptown Minneapolis, and their workplace, Unit Control Department at Young Quinlan's Department Store in downtown Minneapolis. Vietnam War protests, commune-like life, a day in prison, a suspect line-up are only some of the things that the girls get themselves into! Garfield Flats, written by Veronica Horton, is an exciting and a very warmhearted story about mundane life in a town full of quirky, adventurous and sometimes dangerous characters who make Debbie's and Mia's lives completely unbearable and yet amazingly interesting and fun!

Filled with humour and sarcasm, and formatted in shorter chapters which make the story set its own pace and flow freely, but with the intention to introduce each character and connect them to the rest of the story appropriately, depending on what is going on. Veronica Horton delightfully describes the traits of the two main characters, Debbie and Mia, building on their relationship in a slow, but interesting way, making them lovable from the moment one starts reading Garfield Flats. Pick up this really fun story, cosy up under the blanket with a cup of hot chocolate, or some fine Irish whiskey (Mrs. Odettes, the queen of leprechauns, would approve) and prepare yourself for lots of funny and heartwarming moments, and lots of laughter!