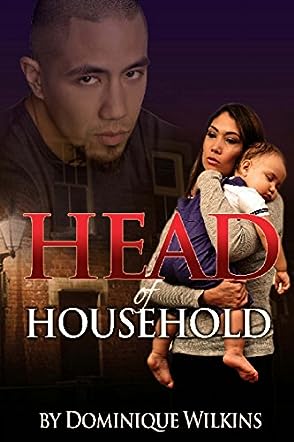 Head of Household by Dominique Wilkins is the story of Bruce who has been bought up in a single-parent family with his mother and sister. As the only male, Bruce has led a life of male dominance where his mother and sister dote on his every need. He knows no other way of life and asserts his dominance in his relationships. We follow Bruce while he learns that not every woman will submit to his overbearing attitude as he is determined to be ‘head of the household’ in every way. His relationship with Lane starts out well, but she soon becomes tired of his arrogance and assertiveness and his philandering. Bruce meets Mel, who is far more submissive, and for a short time he thinks he is happy - until the tables are turned.

The author, Dominique Wilkins, has created a character that cleverly epitomizes all the traits that equal male dominance, arrogance, and narcissism. Bruce thinks he is total master of his life and his world and of those around him. It takes a massive fall from grace for him to find out that he is not as wonderful as he imagined, and that eventually ‘what goes around, comes around.’ There are some good life lessons in this story which shows Bruce in such a bad light it makes the reader feel a number of emotions. I wanted Bruce to feel humble and Dominique managed to achieve that. The story moves from Bruce’s story to Lane’s well, enabling the reader to see both sides. Bruce was not a likeable character from the story point of view, but I found myself feeling just a little bit sorry for him at the end.