Here With Me Now 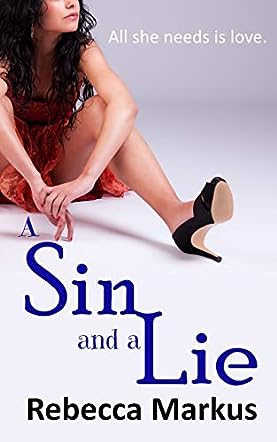 Rebecca Markus was born and raised in Omaha, Nebraska where she lives with her husband and two children. She won second place in her genre category in the Pacific Northwest Writer’s Association’s Unpublished Novels Contest in 2014. Here with Me Now is her first novel, but definitely not her last.

“The first time I saw him, he was moving boxes into the house next door. His long, jet-black hair flowed in the California breeze like a cliché from a music video. He was dressed in jeans and a t-shirt. I stood staring at him as he lifted a box, his toned biceps flexing against the white, cotton sleeve. I'd never seen anyone who elicited this kind of involuntary reaction in me. I was instantly infatuated with him.” Mallory was the typical teenager, wrapped up in self-doubt and a negative body image. Her daydreams led her into fantasies involving mysterious heroes who came to her rescue and improbable outcomes that fed her imagination in leaps and bounds, as she lay sprawled under the magnificent statue in her neighbor’s backyard. The neighbors didn’t mind that she used their backyard for her routine daydreaming. Until Kain arrived and no one could predict the illicit relationship that would grow between the twenty-something man who stole the young girl’s heart. She wasn’t concerned with the illegal ramifications of their romance, but Kain was determined to keep the truth behind locked doors.

Rebecca Markus weaves an alluring tale of unrequited love in her young adult, coming of age romance, Here with Me Now. I found the honesty of Mallory and Kain’s relationship brutal, yet extremely realistic. While Mallory endures the complexities of conflicting teen angst and mature emotions, Kain is caught in a mirrored situation. Markus has captured the very real condition of raw emotion in a remarkably well-written manner with which young girls will relate. I believe that the author’s command of the written word reflects her understanding of teenage love. A beautifully written coming of age story!