The Believer's Journal for Everyday Faith 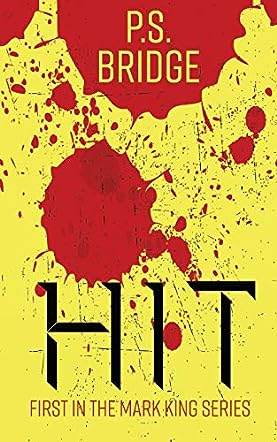 P.S Bridge is the author of a thriller series of books following disgraced British Lawyer and ex- Sandhurst Military Academy Sniper Mark King, as he turns hitman to bring his wife’s killers to justice.
His debut novel ‘Hit’ was released in July 2017. Hitback is the 2nd in the Mark King Series with Mark King being described as ‘Bond, with an attitude’.
Phil worked in Finance & Law for 13 years, 7 of which for a worldwide finance company in Business Recovery Services before leaving to write full time.
Having spent time living and working in Hampshire, Wiltshire, Gloucester, Bristol and Birmingham, he now lives in Hampshire with his wife and step-daughter.
When he is not writing, he can usually be found indulging in his passion of history, particularly First and Second World War history, having grown up around grandparents who were active participants in both wars. P.S Bridge also plays the piano.
Phil has appeared on “That’s Solent” TV discussing his books. Other appearances include BBC Radio Wiltshire, being interviewed by Sue Davies and was invited to appear on BBC Radio Solent’s where he was interviewed by Sasha Twining about his life, inspiration, and work.
Phil has not only appeared on UK TV & Radio, but also in Europe, appearing on Spanish Radio station Talk Radio Europe for Hannah Murray’s ‘Book Talk’ as well as appearances in numerous digital magazines including Female First Magazine.

I liked Hit by P.S. Bridge. It has all the elements I have come to love in a good thriller. A smart capable hero. A ruthless, sinister organization of powerful individuals planning world domination. Throw in a breathtakingly fast pace of critical events and you have a great story. I could not put this book down. I couldn't find a break in the action, a place where I could walk away from it and come back later. Hit by P.S. Bridge is definitely a hit with me. I am an ex-military man and I get tired of novels where the actions and people are blatantly unprofessional. It was a pleasure to read a novel where the good guys and the bad guys were smart, capable and intelligent. It added a sense of heightened tension to the story. It is the difference between watching amateurs and professionals. It doesn't matter what kind of competition you are watching. You recognize supreme skill and effort.

I’m not going to spoil the story with spoilers. The story should be unveiled to you at the discretion of the writer. When the writer is good, that results in great entertainment. P.S. Bridge is good. And in Mark King he has invented a protagonist whose popularity could rise to the level of Ian Fleming's James Bond. Mark is so likable that the reader is instantly invested in the story. When tragedy strikes, we are angry and outraged for him. Mark King is a great creation. But every character in Hit rings true. That is only one reason it is such an awesome novel. I can’t wait for the sequel, Hit: Hitback.