Whispers of a One-Eyed Raven A Land Without Wolves by B H Heit The Divine Language of Coincidence 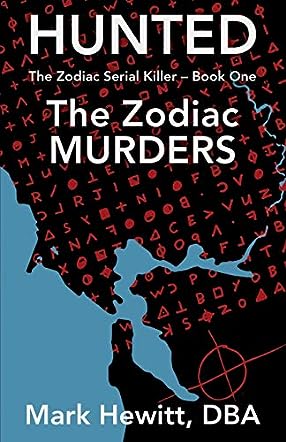 Dr. Mark G. Hewitt, DBA is a true crime author and award-winning public speaker who travels the world in his quest for intriguing, unanswered questions and enduring mysteries.

Dr. Hewitt is the editor in chief of Radians & Inches: in search of the Zodiac, the journal dedicated to identifying the Zodiac serial killer. With inmate Guillermo Mendez, he is the co-author of Charles Manson Behind Bars, the first Manson book from the inside. He has earned a BA in Theology, a M.Div. in ministry, and an MBA and a DBA in Business Administration.

Dr. Hewitt has been interviewed by, and featured through the following: WOR 710 (the largest talk radio station in New York City), Fox 40 in Sacramento, the Santa Rosa Press Democrat, LiveSciFi.com, Paranormal Zone TV, and the Globe, among other news outlets.

He resides in Northern California with his teen-aged son where he researches and writes about the Zodiac serial killer, and other true crime cases. He can be reached for interviews through the following: Facebook “Mark G Hewitt;” email: Radians@live.com; and, phone (707)-548-6479.

Hunted (Zodiac Killer Series Book 1) by Mark Hewitt is the product of deep and careful research. It is, without a doubt, one of the best-written true crime stories I have ever had the privilege to read, and it had me really thinking. You could be forgiven for thinking it is a fiction book when you start to read it, but that is a mark of just how well thought out this book is. It is written like a novel, but packed with facts and descriptions that really bring it to life in the mind. It was one of the most down to earth, matter of fact books I have ever read and I thoroughly enjoyed it. This is the perfect book for any true crime lover, or anyone who wants to have a go at getting inside the mind of a serial killer to find out why they do it, what makes them tick. A truly engrossing story, it deals in hard facts and nothing else, and that is what makes this such an intriguing read. I understand there are more books to come in this series – I can’t wait to read them.