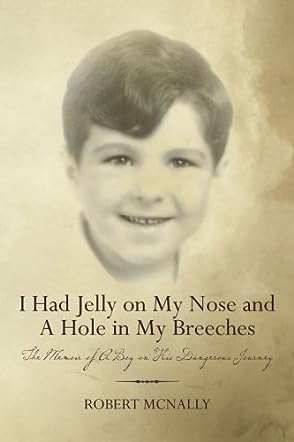 After retiring as an insurance auditor, I decided to write stories about my growing-up years. One reason to do so was the fact that I led a happy childhood which left me feeling that way throughout all my years. I could be severely punished in school, but at 3 pm I was as happy as ever.
My first book tells that I was born in Bridgeport, Connecticut. However it was soon off to New York where we lived next door to a crematory and cemetery at the height of the Great Depression.
The few people in my surroundings were members of my family, Gypsies, beggars, hobos and my playmate Rosemary. Living under such conditions was both scary and loads of fun.
As I grew older I found myself living like a modern day Huckleberry Finn. I hopped rides on freight cars to places near and far. In the course of WWII we kids had fun during blackouts and my sister and I tracked down Nazi spies.
My life was filled with adventure and long before I was eight, I found something fascinating about girls. It had much to do with their obvious beauty, even more so their girlishness. I was always in love with one of them.
One thing you'll find in reading my books is that you will feel as though you are always with me. That is what everyone says.

Robert McNally tells readers in the introduction to I Had Jelly on My Nose And a Hole in My Breeches that his friends call him “the memory man”, and boy, are they right! What an astounding memory McNally has for times, places, names and events! What he’s created is a wonderful legacy for those friends and relatives who know him, and how lucky they are that he took a friend’s advice that he should write a book because he has “so many stories to tell”. Of course, the danger in having such a huge collection of memories, and such an amazing ability for recalling details, is the possibility of a book like this not being relevant or even interesting to readers outside an author’s circle of family, friends and acquaintances. But Robert McNally handles that danger very well indeed! He is a natural storyteller and his ability to share those stories is not only remarkable, but quite enjoyable, even for readers who have never met him in person.

McNally delivers his memories in short snippets, varying from one page to several in length. That’s a great approach, especially since the earlier parts, which cover his early childhood days, are primarily reflective and use a narrative style that could become tedious reading in long, drawn out chapters. McNally has been careful to avoid that, so readers can pick up the book, read a few sections and easily return when ready for some more. As McNally passes through primary school and into puberty, he makes much greater use of dialogue than narrative, but still always in short pieces. This technique, combined with his natural storytelling ability, laced with humour, and his skill with playing on well-known phrases and puns, keeps the material fresh.

Readers are immediately drawn in by visualizing what it was like for a youngster to live on a hill, close to both a crematory and a cemetery. We see what he sees and hear what he and his sister heard through his highly sensitive and impressionable child’s mind. Robert moved several times over his life. One move put his family opposite a jail, where he decided the inmates were nicer and friendlier than the guards. One senses that, through thick and thin, he was always just a happy kid with an abundance of dark curly hair that, along with having to wear long stockings under his shorts, got some ribbing from his classmates. His sense of humour, as both a person and a writer, comes through when he writes lines like this: “My godfather and godmother were both Italian and they didn’t know each other until the day of my baptism. They were Earl Corso and Estelle Whatshername. I can’t remember everything!”

Speaking to readers so directly and conversationally endears him to readers who find it easy to forgive him for throwing so many people and names into the pages of this book. After all, he has “so many stories to tell” but his humour and sincerity keep us reading. Because the stories are an up close and personal account of what life was like between the Great Depression until shortly after World War II ended, they are fascinating in their contrast to our modern world. There is no question Robert McNally is still laughing at himself and enjoying making new memories in his senior years, and he’s hoping you’re laughing and enjoying those memories with him. Deep inside him somewhere still lives the celebrity young people all dream of becoming…he alluded to that in several of the snippets. Perhaps this memoir, along with the other two in the series, will give him his moment in the spotlight. But even if they don’t, somehow, one knows he’ll still be that happy little child who started life on Crematory Hill.