by Celia A. Milano by Dave Hoing and Roger Hileman How to Teach Your Children About Racism 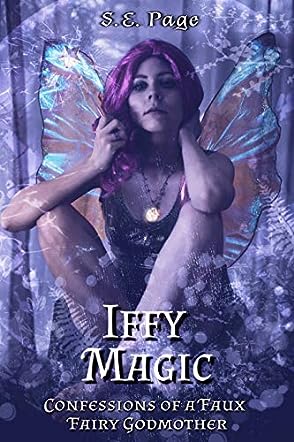 S.E. Page writes stories about fairies, unicorns, and occasionally the odd human. She has an M.S. and certification in Secondary English and keeps her quill sharp by scribbling stories and editing Young Ravens Literary Review. As a child she dearly wished her first initial stood for something adventurous and dashing like Seraphina or Sapphira, but she has grown comfortable with being a Sarah. Two of her three favorite words rhyme: splendiferous and stelliferous; the third word is a secret.

Primrose Goodwing may be the very worst Goodwing in existence. No matter how hard she tries, she can’t force her magic to last past midnight, which is bad enough on its own. But then she becomes the first Goodwing in history to fail her Fairy Godmother Test. Now, dreams dashed and at risk of being shipped off to apprentice in her Uncle Thimbley’s shoe shop, Prim must come to terms with her new future… or do something dangerous, daring, and downright duplicitous as far as the Faerie Court is concerned. A Goodwing has never been afraid to give their all for a human venture, and Prim is no different. If only Ember wasn’t so intent on her own idea of happily-ever-after! Iffy Magic: Confessions of a Faux Fairy Godmother by S.E. Page is an often surprising, always magical romp through a fairytale you wish would never end.

With an incredible opening containing just the right amount of intrigue and despair to hold a reader fast, S.E. Page sets the pace and introduces the world of Iffy Magic in one deft move. Prim is an excellent protagonist, hopeful and idealistic with enough spunk and determination to keep things interesting. I never regretted taking this journey with her and seeing the world through her eyes. And if her decisions (or occasional carelessness) led to cringe-worthy escapades, so much the better! Trying to steer a human venture, more suited to going on knightly quests than playing the princess in peril, towards wedded bliss was doomed from the start after all, right? The resulting battle of wills made for great humor and poignant growth for both Prim and Ember. Throw in a couple of evildoers and a shapeshifting Lord of Feles, and Page’s world becomes a hi-jinks-filled place of chaos that comes together in a stunning conclusion. Iffy Magic was so much more than the twisting of a familiar fairytale; it was a story of hope and healing, of the bonds we make, and the risks we will take for someone we love.