Invasion of the Undead 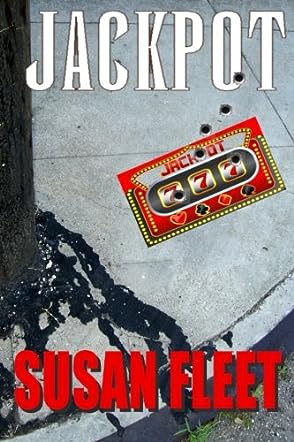 For many years award-winning novelist Susan Fleet worked as a professional trumpeter in the Boston area. While teaching at Brown University and Berklee College of Music, she began writing crime fiction. the Premier Book Awards named her first novel, Absolution, Best Mystery-Suspense-Thriller of 2009. Diva followed in 2011; Natalie's Revenge in 2012; Jackpot in 2013.

Jackpot is one of Susan Fleet’s Frank Renzi crime novels and, although it is the fourth in the series, it takes the form of a prequel to the previous books, covering Frank’s earlier years in Boston, Massachusetts. The book finds Frank at a critical point in both his personal and his professional lives. At home, his marriage of 20 years to Evelyn has stalled, but his long-term affair with Gina is still going strong, and at work he’s investigating not only an apparent gang slaying but also the latest case of a serial killer targeting elderly, female lottery winners. The story is told from multiple points of view, including that of the murderer, so is not so much a whodunit, as an enthralling ‘how to catch 'em’ and ‘why.’

Jackpot is the only Frank Renzi book I have read so far and I really enjoyed it. I liked the characters of Frank and Gina, and Frank’s colleagues, and the story is thrilling and gripping. The writing is tight, and builds to an effective and tense climax, although the scenes from the murderer’s point of view are quite brutal and often disturbing. The book is slightly let down by some repetitious sentences and inconsistencies: Kathie becoming Kathy Lee, the killer’s gun changing from a Mark II to a Mark IV, and by identifying the Beatles classic ‘Eleanor Rigby’ as "Beatles tune 'Lonely People.'" These minor gripes aside, I am really pleased to have discovered Susan Fleet and will definitely be reading the rest of the series.