Secret of the Heart

Secret of the Heart Chester and the Magic 8 Ball Simon’s Rocket to the Moon The World of Agartha The Legacy of James Driscoll 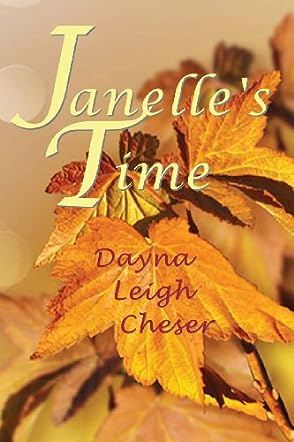 When I was very young, my father was a school teacher/reading specialist. During story-time one night, he started teaching me to read. Thus began a life-long love affair with books.

My mother was a non-fiction author, two brothers who write for a living, and a sister who edits her church newsletter, clearly, writing ‘runs in the family’.

In school, I wrote short stories to entertain classmates, and the occasional teacher who intercepted one. Later, one English assignment was my autobiography. In the chapter entitled ‘Future Plans’, being a published author topped the list.

On New Year’s Day, 2010, I went ‘live’ with my first blog - a combination of chronicling my writing journey and offering helpful posts on publishing topics.

In 2014, I expanded again, this time into doing book reviews – Reviews by Dayna.

My husband, Pete, now both retired, and I married in 1968, and moved to Southwest Florida in 1992, originally hailing from New England.

It was the prime of Janelle’s young life when heartbreak and love both came to her in quick succession. Her father died suddenly, leaving her a sizable amount of land, a thriving farming operation, and a tidy sum of money. She had barely walked away from her father’s grave when the love of her life, Richard Grayson, the son of an English Duke, came suddenly into her life. Their courtship was tumultuous; the couple accidentally discovered devastating information about Richard’s heritage, but Janelle and Richard did marry. Although Richard held no property or wealth of his own and he turned down a generous dowry, he chose to reap the rewards of Janelle’s own success. Eventually their marriage came close to crumbling due to this, among other factors.

Ms. Cheser’s writing skill is excellent, and "Janelle’s Time" was written well. It contains the heartbreaks of death, a roller coaster romance, and Richard’s deep shame at the unexpected discovery of a huge lie regarding his family's lineage. The two of them were human and had their faults and limitations. Janelle’s truly earth-shattering secret and the amazing abilities she inherited from her mother’s side of the family were almost downplayed. But the topic could have been used for many spectacular scenes other than their collecting of information, and for the convenience of overseas travel. The events of the story fall into place without any complex obstacles to overcome, without any heart-stopping, nail-biting, page-turning events. Though “Time” forms part of the title, the subject was barely touched upon, whereas it could have been utilized for a truly thrilling story.