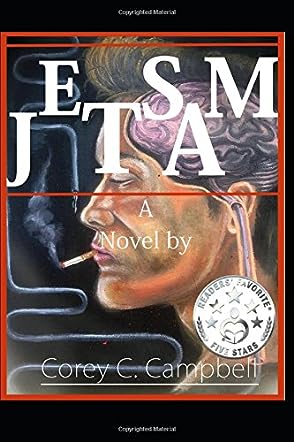 Corey C Campbell is from Kentucky. He is eighteen years old. He's a lot of things, but foremost, a writer. His writings almost always deal with people around his age, from families with an income similar to his own, and an upbringing comparable to his.

That is to say, he writes what he knows.

He wrote Jetsam, his first novel, because it was the high school novel he always wanted to read but could never find. The writing of Jetsam was a kind of therapeutic exorcism after four years of high school, and the cynicism it left in him.

Jetsam by Corey Mattingly is a realistic novel about the lives of today’s teenagers in the developed world. Jetsam is a simple story, but it tells some hard-hitting truths. Jetsam starts off as the musings and thoughts of a fairly typical middle-class young white American teenager. As he pens his thoughts and feelings, we as readers get a glimpse into the psyche of the modern teenager who has had an over stimulation of senses, being born and raised in an almost exclusively material world. We learn as the novel unfolds that a life of having all material needs met, without the healthy support of close relationships, leads to a path of boredom and lack of fulfillment. This forms the plot of the novel with a typical teenager’s tryst with drugs, early sex, ennui, and lack of ambition as he stands on the brink of becoming a man.

I liked Jetsam and thought it captured the essence of today’s youth in America quite well. I see the often blank, empty, disillusioned and lethargic faces of the modern teenager in the developed world—or Millennials—and have often wondered where humanity is heading. This book brings the topic to the forefront. The writing is casual and fluid and is written almost in the form of a teenage boy’s diary. I thought the organization of the book could have been a bit crisper, but this doesn’t take away from the essential message, which is that we as a human race would do better to “unlearn” some things and learn to connect once again with nature and, even more importantly, with people on a deeper level for a meaningful existence. This is a good read.