Aliens, Drywall, and a Unicycle 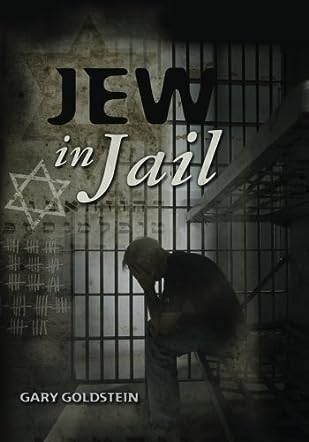 Gary Goldstein was born on October 18, 1961 in Brooklyn, New York. He obtained a Bachelor of Arts Degree in Journalism from Long Island University in 1983 and is a selected member of Sigma Delta Chi, and Who's Who Among Students in American Universities & Colleges.

Before Gary's conviction, he worked for both CBS News and Sports, and NBC Sports, as a journalist, and has also worked at other media outlets and sports production companies in the Tri-State area as well. Since his release in 2004, Gary has also been employed in the construction industry, but is now retired from that line of work.

Gary is single and has no children. He enjoys reading, writing, music, working out, spending time with family and friends, dating, and going to the beach.

Gary still resides in his hometown of Brooklyn, New York, where he is currently working on his next book project, while also focusing on his motivational and inspirational speaking career.

You may contact Gary at Gman18NYC@aol.com for book signings, interviews, or speaking engagements.

Author Gary Goldstein was 37 years old, college educated and a former employee of New York City broadcasting, when he was arrested for armed robbery of three Chinese dry-cleaning stores in 1998 while he was high on valium and Tylenol with codeine, which he washed down with beer. As Gary reflects on page 46 of this memoir of his struggle to regain his life, he was "going from rubbing elbows with the rich and famous to cohabiting with guys who took a shower twice in a good week." Gary was convicted although he feels his court-appointed lawyer didn't work hard enough on his behalf. He is sent first to Rikers Island where he felt the prison employees such as his drug counsellor, Mrs.As-suni, really wanted him to get his life back together. Then Gary's beloved father, Irving, dies of lung cancer just fifteen days after Gary's sentencing and Gary's sense of loss is overwhelming. He tries to stay in touch with his mother, his sister and her family as the months in prison pass and Gary is sent, first to Oneida, then to Riverivew Correctional Facility in upstate New York. Does this "Jew in Jail", as Gary calls himself, get his life back on track?

"Jew in Jail" is Gary Goldstein's retelling of his first years in jail for armed robbery, made worse by his prior conviction for the same offense some years earlier in 1994. Goldstein holds back nothing in this memoir, writing of his grief at losing his father who had tried so very hard for his family and sparing nothing in his honest admission of his combative, in-your-face attitude as a prisoner dealing with other prisoners, prison guards, counselors, and officials. Rabbi Matasar at Oneida Correctional Facility said of Gary "There's one thing that nobody can even take away from you, Mr. Goldstein, and that's the fact that you stand up for your principles." The many characters that Author Goldstein describes come alive, warts and all, and the plot builds slowly as Gary rebuilds his life and awaits freedom. "Jew in Jail" is truthful, probing testimony to Gary Goldstein's honesty about himself and the man he slowly becomes. A deep but highly worthwhile read!