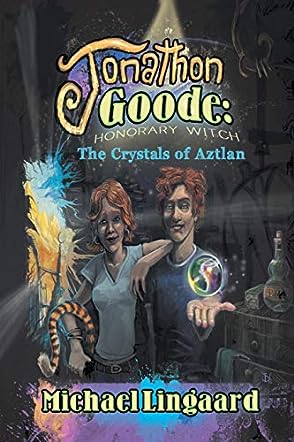 I was born in England, and moved to New Zealand with my family when I was thirteen.
I moved to Australia after ten years in New Zealand to chase career and fortune; along the way I got married, had two children, bought a house and started a business. But at the back of my mind were the day-dreams; always the day-dreams. So I decided to convert day-dreaming into making stuff up and putting it down in books.
My first book was 270,000 words and was to be the first of a million-word trilogy. Pax Magellanica was a sci-fi saga, packed with great technology and strong characters. Couldn’t interest any agents to look at it. So it sleeps until my other works make the grade.
Next came my latest release, the first book of a fantasy trilogy, The Other Side of Magik. Again, no real interest in it so I self-published it. Guess where you get to with no professional help? Nowhere, that’s where. So it too slept. An explainable contradiction given it’s my latest release.
I then wrote the first book SBPRA published, Jonathon Goode: Honorary Witch. Again, first of a trilogy. With that up and running I decided to reprise The Other Side of Magik and that has just been released. So, two up, one to go and sequels to all to write. I’ll be busy.
All because of day-dreams.

Sixteen-year-old Jonathon ‘Jack’ Goode spends his school holidays in the little village of Upper Uffing, together with his parents, his aunt and his cousin, Elizabeth ‘Lizzie’ Waterhouse. One night, at the town’s fair, a fortune teller tells Jack that he “will meet an elf in an emporium where magic is bought and sold.” Little does Jack know that the ‘mumbo-jumbo’ is true and that he and Lizzie will discover a doorway to a realm between realities. There, with the help of Three Muses, the cousins find out they have magical talents, and they need to recover a stolen crystal in another realm called Thallos.

Jonathon Goode, Honorary Witch (The Crystals of Aztlan) by Michael Lingaard has an intriguing premise and a great set of characters which include elves, centaurs, dwarves and dragons. Lingaard gives readers a new spin on the legend of Atlantis, which provides a great basis for the story. The plot is well-written, although I thought that several events could happen at a faster rate. The world-building is deftly done and rich with details. The prose has a good flair, even though the narrative has sporadic repetition throughout the story, which is due to Lingaard’s storytelling style.

The moment when Jack and Lizzie discover their talents is one of the highlights of the book. The reason that Jack is considered an ‘Honorary Witch’ is one of the funny parts of this modern fantasy tale, and I'd rather not spoil it for others. Even though Jack has great magic power, I find Lizzie’s gift as a shapeshifter much more exciting, particularly when she meets Bessha, the dragon. On the whole, Jonathon Goode, Honorary Witch has enough magic, fantasy beings, realms and actions to entice its targeted readers.