Better By The Letter 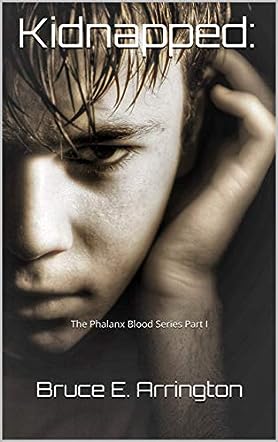 Kidnapped: The Phalanx Blood Series, Part I is a science fiction novella written by Bruce E. Arrington. Bernard lived a fairly comfortable life; one you might expect to enjoy when your family is comfortably middle class, and your parents are both professionals. His parents thought they were teaching him to give back when they began pushing for him to give blood. They even hosted a blood drive in his honor on his sixteenth birthday, making it pretty darned difficult for him to avoid donating himself. That’s when the problems started. First, his mom told him that Doc Brown was sending his blood out for special testing. Then the pharmaceutical companies learned that Bernard’s blood killed cancer cells, and Bernard’s life began to get very complicated.

Bruce E. Arrington’s science fiction novella, Kidnapped: The Phalanx Blood Series, Part I, posits the terrifying implications that having blood more valuable than gold can have for its unlucky possessor. Bernard is a marvelous main character, and I found myself wishing I could be privy to the waterfall world he creates on his virtual reality gear. Liking him as much as I did, I couldn’t help but feel concern over the quality of his life when there are any number of unscrupulous pharmaceutical companies thirsting after part, if not all, of his blood. Arrington’s plot is clever and well-developed, and his characters are complex and authentic. I’m looking forward to the second book in this series. Kidnapped: The Phalanx Blood Series, Part I is most highly recommended.